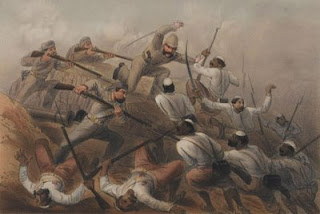 At the prompting of the Institute I've been reading Ranajit Guha's Elementary Aspects of Peasant Insurgency in Colonial India (1983), founding book of the subaltern studies school, for its discussion of negation. Now Guha's project is explicitly to dispute Hobsbawn's contention in Primitive Rebels that such insurgencies are only 'pre-political', mere way-stations to true class consciousness and proletarian revolt. Rescuing peasant insurgency from such condescensions Guha reconstructs its essential thematics, but doesn't fully resolve the telelogical dilemma, tending to oscillate between valorising insurgencies on their own terms and forcing them back into a teleology. 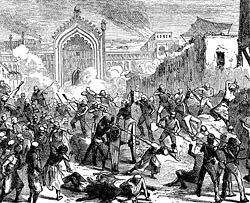 In the case of negation this plays itself out around his adoption of Gramsci's idea that 'negative consciousness' is the first glimmering of class consciousness: ‘His identity amounted to the sum of his subalternity. In other words, he learnt to recognize himself not by the properties of his own social being but by a diminuition, if not negation, of those of his superiors.’ (18) Negation is an inversion of the social power of these superiors - the world turned upside down, but as the Gramscian formulation suggests still preliminary. 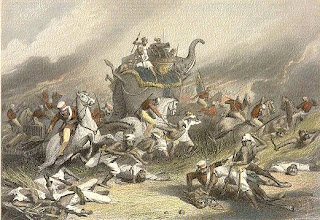 What is interesting is how Guha tries to develop and give the social phenomenology of this negation on its own terms. He identifies is as taking two forms:
1. Discrimination - violence directed at particular social targets (landlords, debt collectors, the British).
2. Appropriation - ‘The other modality of negation characteristic of insurgency consists of the peasants’ attempt to destroy or appropriate for themselves the signs of the authority of those who dominate them.’ (28)
Against rituals of inversion (i.e. carnival-type forms), which legitimate and reinforce a continuity of power, the peasant insurgency tries to achieve ‘a permanent subversion’ (36), the introduction of a discontinuity in power. It makes a ‘semiotic break’ (36) through the inversion of the signs of deference. Here then we see the positive reconstruction of this form of negation, but this invocation of permanent subversion is still constrained by negation: ‘the subaltern’s urge to assert his identity not in terms of his own culture but his enemy’s – a characteristic index of negative consciousness’ (71).
Instead of seeing this assertion of identity based on the enemy as a (reactive) sign of weakness and dependency, could we not see it as a transversal and appropriation of the signs of the masters (a kind of detournement)? In this way it would not be mere ‘self-alienation’ (Guha), but a mode of seizure. 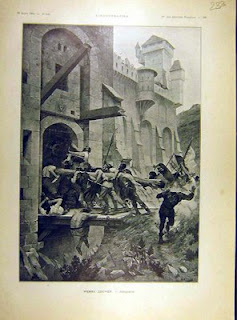