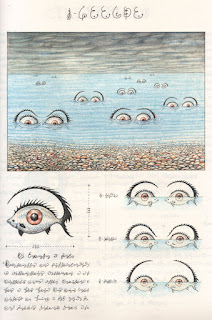 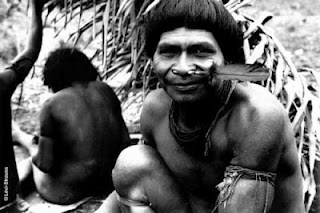 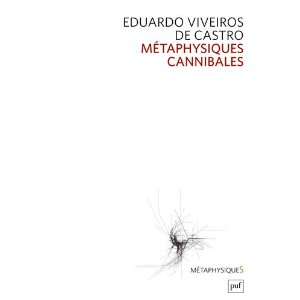 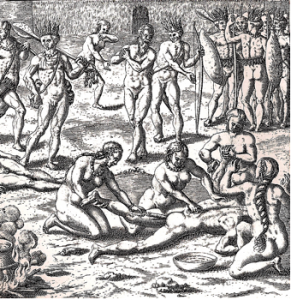 In terms of SR, this means that EVC is anti-correlationism but pro-relationism. This is performed by distinguishing between anthropomorphism and anthropocentrism, which are often run together. Amerindian thought is anthropomorphic, but not anthropocentric. In this argument the problem with SR, particularly with Meillassoux, is that it is the negative form of anthropocentrism. The real way to break with correlation is via anthropomorphism, via panpsychism, and in a sense to 'drown' or specify 'correlation' as one limited form of relation within a sea of other forms of relation.
This radicalised alterity posits proliferating difference, so the irony is the Amerindian affirmation of humanity as the original condition from which animality derives does not entail 'super-correlationism', but rather a panpsychism of existence = thought that places all in relation and otherness. There is a universal relationality, of which even this thinking of relation is only one part.
___
I'd add my own coda that although I think the material is fascinating, and agree with the need to really change thought with its 'outside' on a truly equal basis, I do have some problems. These are the invocations of 'insurrection' and 'alteration' to replace revolution, and the usual affirmative casting of critique as 'merely' negative (in the bad sense). I also think we need to think through the politics of the 'other metaphysics' (Latour & Tarde especially), which is not exactly 'innocent'. EDV himself remarked how Amazonia is becoming a crucial geopolitical nexus, and so I still think we need to think the ontological politics of the 'metaphysical predation' of capital. This is tricky because capital is not conjoint with the substantialist metaphysics of the 'West', which is why it is so hard to think. The promiscuity of capital's absorption, the minimal status of its own effects of real abstraction need, I think, to be thought alongside and inside 'Western metaphysics' (a category a little baggy for me).
Posted by Benjamin at 06:20 No comments: