'In fact, Morgan's "structuralism," like that of his successors, was based on a positivist conception of science in which, to quote Alain Badiou:

The theory is the model, experimentation consists of isolating the empirical correlate which materializes the model; the experimental apparatus [must allow] for a separating effect exhibiting an approximate realization of the form.

'Alain Badiou believes that Marx, on the contrary, believed that:

It is impossible to set a theoretical conception of history against real history defined by its very complexity - its empirical impurity. In Marxist epistemology the complexity is constructed according to the concepts of a theory. . . . It is the proper task of a theory of history to give an account of the nature of real society.

Obviously, Badiou in his more Althusserian moment, but I'll leave parsing/explanation to the real experts...

Posted by Benjamin at 02:46 No comments:

The Proletarian and the Poet (or dig your own grave) 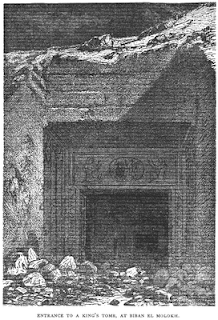 'Work is not and never will be glorious. The hole into which the worker sinks is not and never will be but the vain work of taking earth from here to place it there, even if it then means taking it back again: a worthless task whose only price is the universal equivalent, the everyday gold that is exchanged for bread. This is the ordinary cycle of daily descent into a tomb, from which, for simple survival, one is reborn each day. It is the cycle of production and reproduction, of births lapsing into anonymity, into a repetition aping a simple eternity, without fold [repli]; in short, everything that is encapsulated in the very name proletarian, and that strikes with derision any rituals designed for the consecration of work.' (32)

Ranciere, Mallarme: The Politics of the Siren

Posted by Benjamin at 02:40 No comments: 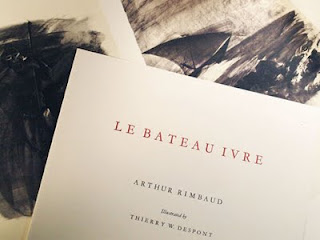 Posted by Benjamin at 03:29 No comments: