One of the 'asides' of the paper 'Measure against Power' that I'll be giving at 'Whose University?' (Goldsmiths 10 June) concerns a tendency to ascribe to capital and the State the powers of 'rationality' and so, by imputation, to ascribe 'irrationality' to resistance (by those promoting resistance).

In a qausi-Weberian or Foucauldian fashion 'measure' / counting etc. is taken as the function of repression, while the 'immeasurable' is the function of resistance. Certainly, this is a broad presentation of the problem, and I wouldn't want to deny a certain function of 'governmental rationality' at work, not least in creating or constituting the conditions of the 'market' - usually considered by the ideologues of the market as an emergent 'blind' rationality operating out of 'irrationality' (from Mandeville on). That said, I think this antinomy, and its posing, needs more interrogation. 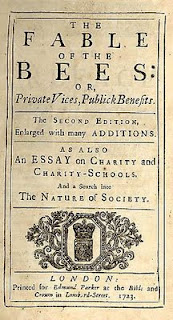 This analysis I came across by Marcuse, from A Study on Authority, seems (despite Marcuse's image as prophet of irrationality) to capture rather better the forms of the problem:

As opposed to the rational, 'calculating' character of the Protestant-capitalist 'spirit' which is often all too strongly emphasized, its irrational features must be particularly pointed out. There lies an ultimate lack of order at the very root of this whole way of life, rationalized and calculated down to the last detail as an 'ideal type', this whole 'business' of private life, family and firm: the accounts do not, after all, add up - neither in the particular, nor in the general 'business'. (10) 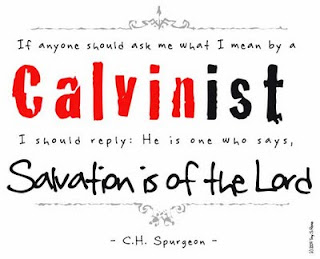 Marcuse goes on to argue that this irrationality at the base is figured in the theological and philosophical, such as in the function of the terrible 'hidden God' for Calvinism. Our de-theologized version seems to incarnate this kind of function in terms of luck or fate, or in a kind of pseudo-Machieavellian capacity for fortuna. Obviously, today, bourgeois society embraces a 'logic' of chaos, flux and perpetual revolution, rather than a logic of rationalization, but the return to the antinomy of the Protestant ethic as ideology demonstrates, I think, our living in its pseudo-reversal.

In terms of the dialectic of rationality it is, perhaps, time to rehabilitate Marcuse's insight that 'society's material process of production has in many instances been rationalized down to the last detail - but as a whole it remains 'irrational'' (11), precisely because it blocks the realization of reason. In fact, as Alberto pointed out to me, we could also take this point through the path of Badiou - in his insistence that representation is not the reduction of some eternally rich prior state but an excess that requires our 'measurement' to bring it under critique.

Therefore, what I am suggesting, is a more critical analysis of the alignments of 'rationality', an unpicking of the 'irrationality' at the basis of the capitalist order, because that's the case, and that to impute 'rationality', emergent or otherwise, to capitalism risks blocking the true realization of rationality - not least in the forms of rationality embedded already through struggle.