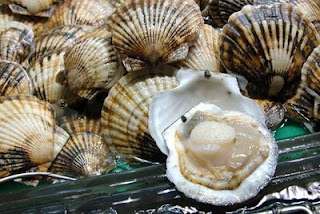 This could be interesting. I'm a paid-up Latour sceptic, and I've just drafted my critical chapter on Latour for The Persistence of the Negative. Due to that, and previous interventions, I've read a hell of a lot of ANT material (once, a long time ago, I did my UG thesis using ANT and could have, in an alternative life, ended up as an ANT sociologist). It's all piled in my office and although 'no academic work goes unwasted' (claimed sage ex-friend of my partner), I really feel like I should have done more with it, but can't really face writing a book on networks / complexity etc.; mainly because it would be a hatchet job, frankly (where is our Lukacs circa The Destruction of Reason?),
For reasons PN will explain at length I sceptical about this whole kind of 'object' related direction ('affirmationism' as I call it), while at the same time having a kind of residual empirical pull towards it (I actually did Psychology instead of Philosophy as a UG because I wanted to do something more 'practical' - what a naive young man I once was). Of course if we sceptics / critics put in papers then we'd decide the direction of the conference. Perhaps the Badiou-style 'brigade of intervention' needs to be re-discovered. (I think Vincennes in the 1970s would have driven me to despair - I'd have wanted some proper teaching, it's all right for all those normaliens).
Still the place is also organising this, which makes me feel sick just to think about. And, looking at the list of topics, we could all be back in the cyberpunk hell of the 80s / 90s, particularly traumatic for technologically incompetent male theorists of a certain age...

:: Call for Papers, Presentations, and Interventions ::
The State of Things: Towards a Political Economy of Artifice and Artefacts
April 29th to May 1st, 2009
Centre for Philosophy and Political Economy, University of Leicester
Keynote speakers:
Tiziana Terranova, University of Naples L’orientale
Natalie Jeremijenko, New York University
Nick Dyer-Witheford, University of Western Ontario
In a more wistful moment, Marx asked what commodities would say if they could speak. Surely, if he listened long enough, they would have announced the various traumas of their exploitatative and violent birthing to him. Eventually, one imagines, they would have described the nature of the various forms of labour necessary for their production as the apparitionally elementary components of the capitalist mode of production.
So would the commodity’s autobiography be the same now, one wonders.

Today we live in a much different state of things: the artifice of artefacts is evident all around us. A parliament of communication technologies, from RFIDS to bluetooth devices, constantly exchange information and network all around and through us. Wireless networks of communication, control, and cooperation proliferate in mysterious ways, all speaking an infra-language of organization, inscribing new techniques of governance. But these networks have become all the more indiscernible by the open secret of their appearance.
Developments in Actor Network Theory and autonomist technoscience studies have made a turn towards the economic. What does this bode for the field of organization studies? Will these two movements join in an encompassing view of posthuman economic institutions? Will ANT provide the definitive answer to the interrelation of economics, politics and objects? These two yet separated strands of economy and politics might provide a good opportunity to revisit the problematics of objects and their commodification, combining them with more traditional approaches.
This conference therefore proposes a return to the study of objects and artifacts and the various logics and dispositifs that underlie the formation of their fields of power, while combining them with modern and more classical forms of political economy. Themes could include, but are not limited to:
- Protocols and networked governance
- Diagrams and control
- The return of resistentialism and insubordinate objects
- Army ANTs and the bones left behind
- ANT and the networks of economies
- Imaginary futures and technological dis/utopian visions
- The affective states of machinic interaction
- Anachronous inquiries and steampunk dreams
- P2P commons, conflict, and governance
- Interpretative labor and semantic webs
- Extended minds and their cognitive scaffolding
- Posthuman artificing
- Artefacts, black boxes and governance
- The art of commodifying the artificed Network
- Immaterial politics of networking
- The estrangement of networks
- Marx’s Laboratory Life vs. Engel’s Scallops
Please send proposals to Jenni Hern (j.hern@le.ac.uk) of 500 words or less by November 28th, 2008. Notification of acceptance will be provided by February 4th.
For more information go to http://www.le.ac.uk/ulsm/research/cppe or e-mail Simon Lilley (s.lilley@le.ac.uk)
Posted by Benjamin at 06:01

Putting aside the fact that anyone who writes Engel's, if they're talking about Freddie, should be summarily dispatched, I think the anti-vitalist anti-reticular Stalinoid revival is imperative - the ANTs and Bergsonists are insinuating themselves like some amoebic interloper into every nook and cranny, making everything both far more "complex" and far less decidable, or indeed negatable, than it should be.

The Tarde-Latour line could not be more revealing regarding the particular brand of molecular reformism that is being promoted, and Lukacs's condemnation of vitalism still bears certain uncanny conjunctural echoes: ‘a general product of the imperialist period’, ‘an attempt philosophically to solve from the standpoint of the imperialist bourgeoisie and its parasitic intelligentsia the questions raised by social evolution, by the class struggle’s new forms’...

I did actually speak (about Sohn-Rethel) at the CPPE some years back: like Queen Mary it belongs to that exquisitely ambiguous phenomenon - the business school as academic "red base" (where "strategy" courses cover Mao and "organization" courses Lenin).

Perhaps one should take up the slogan of the great Ernest Kahane, one of Infinite Thought's favourites: La vie n'existe pas!