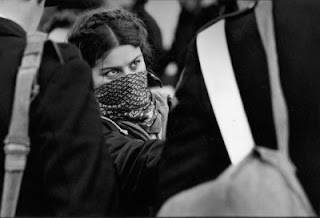 To read some analyses, you would think that 1968 took place in the heads of a few Parisian intellectuals. We must therefore remember that it is the product of a long chain of world events, and of a series of currents on international thought, that already linked the emergence of new forms of struggle to the production of a new subjectivity, if only in the critique of centralism and its qualitative claims concerning the ‘quality of life’. On the level of world events we can briefly quote the experiment with self-management in Yugoslavia, the Czech Spring and its subsequent repression, the Vietnam War, the Algerian War and the question of networks, but we can also point to the signs of a ‘new class’ (the new working class), the emergence of farmers’ or students’ unions, the so-called institutional psychiatric and educational centres, and so on. On the level of currents of thought we must no doubt go back to Lukács, whose History and Class Consciousness was already raising questions to do with a new subjectivity; then the Frankfurt school, Italian Marxism and the first signs of ‘autonomy’ (Tronti); the reflection that revolved around Sartre on the question of the new working class (Gorz); the groups such as ‘Socialism or Barbarism’, ‘Situationism’, ‘the Communist Way’ (especially Félix Guattari and the ‘micropolitics of desire’). Certain currents and events have continued to make their influence felt.
Deleuze, Foucault (1988: 150 n.45)

My (late) contribution to the May 68 "celebrations": the monstrous coupling Lukács-Deleuze.
Posted by Benjamin at 02:59