If Wilbur Whateley had Pay-Pal 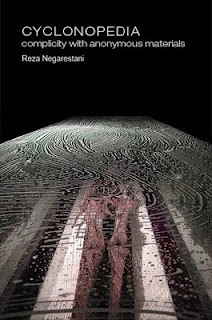 and he would have saved himself this:
"The thing that lay half-bent on its side in a foetid pool of greenish-yellow ichor and tarry stickiness was almost nine feet tall, and the dog had torn off all the clothing and some of the skin. It was not quite dead, but twitched silently and spasmodically while its chest heaved in monstrous unison with the mad piping of the expectant whippoorwills outside. Bits of shoe-leather and fragments of apparel were scattered about the room, and just inside the window an empty canvas sack lay where it had evidently been thrown. Near the central desk a revolver had fallen, a dented but undischarged cartridge later explaining why it had not been fired. The thing itself, however, crowded out all other images at the time. It would be trite and not wholly accurate to say that no human pen could describe it, but one may properly say that it could not be vividly visualized by anyone whose ideas of aspect and contour are too closely bound up with the common life-forms of this planet and of the three known dimensions. It was partly human, beyond a doubt, with very manlike hands and head, and the goatish, chinless face had the stamp of the Whateley's upon it. But the torso and lower parts of the body were teratologically fabulous, so that only generous clothing could ever have enabled it to walk on earth unchallenged or uneradicated."
Reza's work operates a radicalised "thought of the outside" (Foucault), in which the subject is subjected to the "torture" of "being opened by" the negative. Against "affordance" in all its forms (which I tend to parse as an ontological "recuperation"), this is metaphysics as politics - "twisted affirmation" that concedes nothing to the current affirmationist consensus, by inscribing nothing through subtraction at any and all points.
Posted by Benjamin at 04:39