Resistance (is futile / or not) 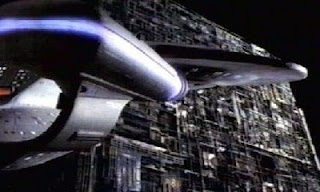 This argument from Pasolini, quoted by Barthes in his inaugural lecture at the College de France, presents a neat solution to the problem of recuperation:

'I believe that before action we must never in any case fear annexation by power and its culture. We must behave as if this dangerous eventuality did not exist .... But I also believe that afterward we must realise how much we may have been used by power. And then, if our sincerity or our necessity has been controlled and manipulated, I believe we must have the courage to abjure.' 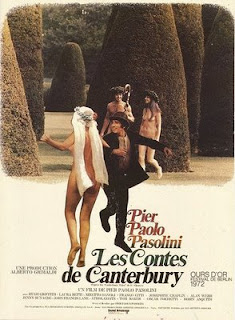 This kind of Pascalian wager, or Vaihingerian deployment of the political 'as if', at once avoids the paranoia of the position of 'always-already co-optation' (Chris Connery), and the 'happy' naivete that presumes the eternal revolutionary truth of a position, rather than, to quote Debord, that theories exist, and die, in time.

The paranoia of the first position can be found most symptomatically in Baudrillard's later texts, but with a twist. He passes from death as resistant to power (or symbolic exchange), to the system itself as auto-deconstructive - hence the passivity of accelerationism. Rather than having to think through recuperation, to 'abjure' our works, we simply rely on the providence of the 'system' to produce its own collapse, in which its 'obscene underside' suddenly chaotically 'jumps' into complete collapse. 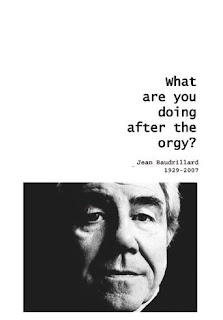 This kind of paranoia also characterises the position of the Telos group in the 1970s with their concept of 'artificial negativity', in which virtually every protest of the 1960s was somehow constituted or manipulated to the advantage of capital. In later incarnations Telos came to believe a new populism would somehow evade this dialectic, again leaving an exit door open. This 'cunning of (capitalist) reason' argument is particularly beloved of renegade leftists (Marcuse wisely remarked on the fact that the cunning of reason always seems to work for power, never against it).

The alternative often canvassed is to build-in an ontological grounding that 'resistance comes first', more metaphysical in Deleuze's reading of Foucault (who otherwise might well seem to fall into position one) and more political in the autonomists, where labour-power does the work. 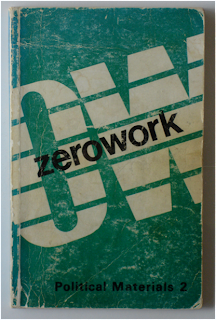 What concerns me is how these two positions fold-into each other: paranoia over complete recuperation finds that resistance comes to infiltrate itself as, or within, the 'system'. On the other hand, the primacy of resistance licenses the reading of any recuperation as somehow always the effect of resistance, thereby functioning as an apologetics for the system.
I'm not sure there can be an absolute solution to this kind of aporia, but Pasolini's wager offers a deliberate wager in the symbolic, to act 'as if' recuperation does not exist in advance, then afterwards abjuring works that are recuperated, w/o bad conscience.

Perhaps a way out of this double-bind is resistance through the literalization of the System's message, maximizing it until it opens up a rift the message fabric, much as Sade literalizes Kant's universality of instrumentation for the Good.

I do have a lot of sympathy for this kind of strategy, which (if I'm right) is the kind of thing proposed by Zizek as an identification with the system against the system. I would say that such a literalization would probably also have to cope with recuperation. In a way this was the argument of the Telos group concerning civil rights protests - that by taking the system's claims to equality seriously they were disruptive but then integrated back into the system to make it function more smoothly. I'm of course dubious baout their focus on this example, and their later turn to populism, because of the implications it has in terms of a US politics of race, but the difficulty holds.
I think there is still something attractive about Pasolini's stance of innocence in action, coupled to retroactive asceticism.

Ben; "I think there is still something attractive about Pasolini's stance of innocence in action, coupled to retroactive asceticism."


Kvond: I too find this appealing, if for nothing more than the grasp of a certain elan, but there also strikes me that there is something rather Catholic about it. Live vitally, and then repent/confess (correct), I was an instrument of the Devil/System after all.

Deeply, it has the feeling of being a tool for both, the pleasure of riding a wave of liberation and resistance, swept up in a freedom, and then the satisfaction of finding oneself already having been pulled (allthewhile) back in the arms of the System. There is something erotogenic about the position, oscillating between various kinds of sainthood and guilt.

I'm not saying that there is something fundamentally wrong with this, but if indeed there is this kind of eros investment, one should at least keep track of where and how your pleasure is anchored, what it is sunk into.

True, as I wrote the reply I was thinking this is an appeal to my 'inner Christian', in my case what traces remaining being baptist rather than Catholic. Certainly Pasolini was trying to work out a kind of Catholic communism, although (via the acocunt given by Lorenzo Chiesa and Alberto Toscano in their article on Zizek)this was attuned to the dangers of libidinal investments (hence his claim we need more agape and less eros). I must admit, as I read somewhere about one of my recent pieces, I do have 'straight edge' tendencies.