The Political Metaphysics of Time 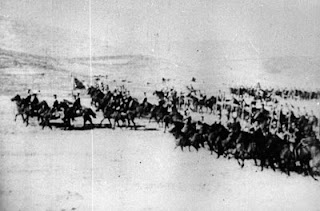 "Avant-gardes have only one time; and the best thing that can happen to them is to have enlivened their time without outliving it."

In his commentary on the themes of his 1978 film In girum imus nocte et consumimur igni (a Latin planidrome meaning "We go round and round in the night and are consumed by fire") Debord comments that the primary thematic is "water" as the evocation of evanescence and the flow of time, while its secondary theme is that of "fire" as "momentary brilliance", although the water of time will always extinguish this brilliance. It's perfectly possible to give this a mystical or even Jungian reading (although I doubt Debord would have had much time for such "mystical cretinism"), but instead if there is a "mysticism" here it is as a result of a political metaphysics of time. 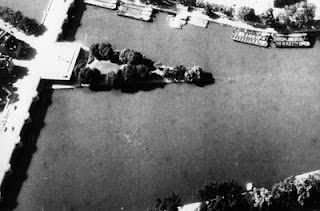 In Debord and Sanguinetti's "Theses on the SI and its Time" (1972) they note that "since its origin, the SI had been a vaster and more profound project than a simply political revolutionary movement." (# 41) The reason for this, I would argue, is not some supplementary mysticism but the relation of the SI to time, which is not to fear time because "it is made up of qualitative leaps, irreversible choices, and opportunities that will never return." (# 29) In the refusal of work, better its detournement, the SI revealed capital's subsumption of time and the "momentary brilliance" of the possibility of a time which is not "empty and homogenous" (Cf. Benjamin). And yet this cannot be revealed by the simple repetition of the SI, but rather through mastery of its own strategy of time.
This, then, is something of the aporia of the present, in which time ebbs in the sense of not being "enlivened" the test becomes the possibility of re-tracing the possibility of this political metaphysics of time.
Posted by Benjamin at 06:14