He's Just Not that Into You (an 18thC solution) 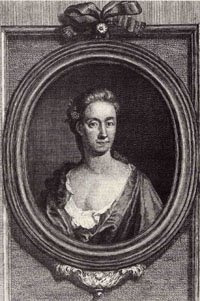 Eliza Haywood was known as 'Mrs Novel', and a best-seller of the early novel alongside Defoe (although you wouldn't know it unless you happen to be be taught by someone who has got beyond Ian Watt). She was, charmingly as usual, described by Alexander Pope in the 'Dunciad', 'With cow-like udders, and with ox-like eyes'. She has an excellent novella 'Fantomina' (1725), which I've just read in the rather nice Broadview edition. Spoiler alert, but the story concerns a gentlewoman heroine who decides to disguise herself as a prostitute to see what it's like (!). Being approached by the dashing Beauplaisir (they don't name them like that any more) she decides to go the whole hog (so to speak), knowing her reputation will be intact. She invents the identity of Fantomina and proceeds to have some fun.

Keeping up the deceit she realises that Beauplaisir is fickle, like all men, and becoming bored with her. Rather than chucking things in, she tries a new disguise, Celia the saucy country girl:

The Dress she was in, was a round-ear'd Cap, a short Red Petticoat, and a little Jacket of Grey Stuff; all the rest of her Accoutrements were answerable to these, and join'd with a broad Country Dialect, a rude unpolish'd Air, which she, having been bred in these Parts, knew very well how to imitate, with her Hair and Eye-brows black'd, made it impossible for her to be known, or taken for any other than what she seem'd.

This only allows a brief dalliance so then she moves on the another disguise, as the saucy widow Bloomer. The result is that 'She had all the Sweets of Love, but as yet had tasted none of the Gall, and was in a State of Contentment, which might be envy'd by the more Delicate.' As Haywood wrote conduct manuals, Fantomina seems to offer what we might call an 'alternative' reading.
At one point, thanks to her disguises, she ends up two-timing herself in the two identities of Fantomina and the widow:

When the expected Hour arriv'd, she found that her Lover had lost no part of the Fervency with which he had parted from her; but when the next Day she receiv'd him as Fantomina, she perceiv'd a prodigious Difference; which led her again into Reflections on the Unaccountableness of Men's Fancies, who still prefer the last Conquest, only because it is the last. — Here was an evident Proof of it; for there could not be a Difference in Merit, because they were the same Person; but the Widow Bloomer was a more new Acquaintance than Fantomina, and therefore esteem'd more valuable.

Eventually this all grinds to a halt when she becomes pregnant, but, as the editors of the Broadview edition point out, her finally taking up of a place in a Monastery in France can only be considered moral closure if one ignores the somewhat dubious reputation of such institutions at the time, and the wide range of eighteenth-century pornography focused on such institutions.
'And thus ended an Intreague, which, considering the Time it lasted, was as full of Variety as any, perhaps, that many Ages has produced.'
Posted by Benjamin at 03:43

There's something unutterably poignant about the idea of cheating on oneself. I think I may try it. Can one cheat on oneself with oneself? Reminds me of that funny thing boys are supposed to do when they make their hand go numb before knocking one off.

I'm not sure my comments raise the tone of your blog much, do they?

It's certainly a nicely Lacanian little story, with the imaginary trumping the symbolic. As for lowering the tone, it's a constant internal struggle, especially as thought drains away under the impact of work...