Notes on Historical and Speculative Materialism 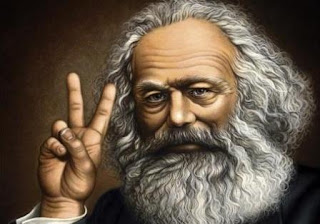 I can highly recommend N. Pepperell's 'What's the Matter with Marx? Notes on Marx's Immanent Critique of Materialism', from the 'Immanence and Materialism' conference. With economy and elegance Pepperell established the essentially reflexive and historical nature of Marx's immanent critique of capital and indicates the explicit or residual Kantianism of existing critical Marxisms. The issue here is how Marx constructs, for example, a critique of labour not based on a transhistorical category of labour, but rather on capital's revelation of the form of labour as real abstraction that then allows a retrospective resignification of labour as a crucial form to social formations. The result is a 'presuppositionless' critique, which does not depend on transhistorical or transcendent 'material' categories, but on the analysis of abstractions that are created in practice and produced as social realities. Marx is concerned with 'how this specific kind of materiality [real abstraction] is actively produced by historically specific forms of interaction between humans and other objects'. We therefore don't have a constrast between real material categories and 'merely' socially-specific materiality, but rather the historical determination of social and material determinations. 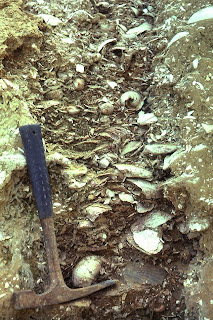 Of course from the position of speculative materialism / realism all this may sound (or be) highly correlationist. The difficulty it raises, however, is how to be materialist (or realist) if one cannot grasp the 'reality' or 'materiality' of real abstractions, precisely as historically-generated forms that both undercut or 'deconstruct' the usual distinctions of material / immaterial or real / unreal, and which also play determining roles in our thinking of materiality or reality. In that sense Marx does privilege one form of 'materiality' or 'reality', because these real abstractions shape thought and practice itself under capital, not because they are always and everywhere (more) true or (more) real. Of course, as Pepperell notes, this not just to build a better theory, 'but rather to articulate theoretically, insights that arise from a practical process that makes available certain concepts and certain practical realities which have the ability to explode capitalism from the inside.'

To paraphrase Horkheimer, if one' wishes to speak of metaphysics or ontology, one must first speak of capital'.

Thanks for this nice and well-stated summary of nicole's piece which I liked very much. For those who do not know, her full PhD thesis (the draft version is at www.roughtheory.org) shows better the value of her very creative and original research project. Her blog discussions reveal how she derived her arguments over time with a close and fascinating reading of hegel and marx. About real abstractions, Alberto Toscano makes a claim consonant with nicole's in his critique of meillassoux. Despite its sophisticated and mind blowing nature, the argument in After the Finitude is unable to grasp how, what is condemned as fanatic and ideological...etc. are in fact lived and practical truths. In my view, both Nicole and Alberto teach us how we should prefer the term 'one-sided' perspective to 'distorted' and how the former is made possible by the everyday social relations in capitalism. In my own ethnographic work I examine market relations from a similar perspective (How the everyday social practices of the market by traders, workers and brokers generate those abstractions, unintentionally but still under compulsion, as nicole says)

I've just started reading N.P.'s thesis from the blog, which I can highly recommend. I'm also quite familiar with Alberto's work, we're friends, and its plays a significant role in my new book. If you could direct me to, or send me, relevant work of yours, I'd be very interested.

Put me down, too, as one who finds nicole's thesis and papers to be extremely helpful in understanding Marx's project. Not only is she a good writer herself, but she also has a strong sense that those places in Marx's text where a shift of perspective is marked should be taken with the utmost seriousness - which, though it sounds simple, is so often not done. Thus, she doesn't see Capital as a sort of house, built floor by floor, but sees it more like a performance, built up of acts. I think that is important.

Benjamin, my work is the draft chapters of a PhD thesis, so it is work in progress. But I am hoping to put some parts of it in a blog soon. I ll let you know as soon as I do this.

And Roger, I completely agree with the metaphor of performance and acts.