The Principle of "Creativity" 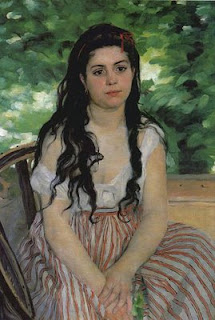 But there is another side to the situation, and it promotes the overtaxing of the creative person in the name of a principle, the principle of "creativity". This overtaxing is all the more dangerous because it flatters the self-esteem of the productive person, it effectively guards the interests of a social order that is hostile to him. The life-style of the bohemian has contributed to creating a superstition about creativeness which Marx had countered with an observation that applies equally to intellectual and to manual labour. To the opening sentence of the draft of the Gotha programme, "Labour is the source of all wealth and culture", he appends this critical note; "The bourgeois have very good reasons for imputing supernatural creative power to labour, since it follows precisely from the fact that labour depends on nature, that a man who has no other property than his labour must be in all societies and civilizations the slave of other people who have become proprietors of the material working conditions."

Walter Benjamin, Charles Baudelaire: A Lyric Poet in the Era of High Capitalism, p.71
Another eerily prescient Benjamin comment, perhaps because of his own conjuncture at the intersection between the fading model of the Bohemian, Brechtian productivism, and the haute model of the Institute. One can't help reading his reflections on Baudelaire as quasi- self-reflections, although Benjamin's lack of the material conditions for intellectual labour does not seem as penurious as Baudelaire's ("I must admit I have reached the point where I don't make any sudden movements or walk a lot because I fear I might tear my clothes even more.") The reference to Marx's most "refusal of work" text is crucial as is Benjamin's pinioning of the operation of creativity as a "principle" that at once flatters the creative person and overtaxes him (one thinks of Dickens's exhausting reading tours, Mary Braddon's relentless production of books simply to keep her family, or the debate concerning the three-volume novel, as later 19th century examples.)
Benjamin also prefigures the current debate concerning "immaterial labour", but does so precisely by not reinforcing the "superstition about creativeness" that underpins much post-autonomist work. In this way he tries to break the magic circle of the ideology of "creativity" - the ideology which seemingly detaches it from production, but only to register it all the more within production. At the same time, again, this marks the rupture with the image of Benjamin as "safe" Marxist; either because he is a "great writer" (cf. J. G. Merquior), mystic (Scholem), or cultural flâneur. These images tend to re-insert Benjamin within the principle of "creativity" (a creativity in "excess" of the "constraints" of Marxism), playing-off of the fact of the vastness of the arcades project coupled to its unpublished status (blame here falling, partly rightly, on Adorno & Horkheimer*). Instead, we have Benjamin as "producer"; neither simply negating creativity as such, nor celebrating it as "resistance" to capitalism. Rather it is a matter of production as negation (of labour), intervention, and ideological rupture.
* Adorno's letter to Benjamin concerning the text from which my epigraph is drawn has to be one of the most crushing "reader's reports" of all time. Kudos to Benjamin for his robust response; when I get bad reader's reports I usually cry, or throw things across the room, before supinely trying to make good my "errors".
Posted by Benjamin at 03:05

on creativity or my tantrums? The second is a suprisingly dull subject