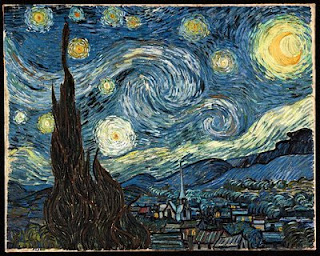 I came across Edgar Morin's 'Approaches to Nothingness' (1989) fortuitously. It pursues the relation to non-dialectical negativity, and echoes in some respects the recent work of Ray Brassier and Reza Negarestani (although in a less technical and metaphysical vein). In particular Morin explores the implications of our binding to a non-correlational negativity, or, in his usefully straightforward terms, the relation of anthropological nothingness (death) to the "incursion of Nothingness" into the cosmological. At the level of the cosmos we have the nothingness of the big-bang, the nothingness of the universe ending in annihilation, and a resulting ontological nothingness (which to me echoes Reza's concept of the "littered universe"). This is Morin, in Thomas Ligotti mode:

Such a universe is based on no foundation, has no center, knows no genetic God, does not exist in all eternity. It is an acentric and polycentric universe, a world without aprioristic laws since our known laws of the universe develop with the world contemporally and coextensively. Clearly, it is a world without a program, without divine Providence, without becoming. This world, which knows no foundation and no creator, which creates itself, engenders itself, generates itself, unfolds in the context of myriad autocreative and self-producing processes: the stars and atoms, of which there are billions.
(85)

As you might guess from the language Morin is interested in complexity theory and negentropy. What is interesting, however, is that he insists on how these processes of self-organisation always take place "at the phenomenal fringe of things that theoretically defies formulation, that bears no name, and whose presence we surmise." (88)

Morin insists on an effect of "emptiness", a fundamental binding to the necessity of destruction: "Nothingness is everywhere in the interior of the universe." (92) What's also interesting is that he links this back to our experience of this Nothingness. Of course you could regard this as a reactive (re-)turn to correlationism, but surely some of the fascination of non-correlational theories (whether "negative" (Ray Brassier), of "twisted affirmation" (Reza), or more "positive" (Graham Harman)) is their relation to us? In a way part of the point of these theories is to shock us out of a Kantian narcissim that "we are giving the orders". [1] What do we do with this shock?

I'm not simply trying to restore correlationism, in fact such a restoration is, in a way, premised on my missing of the metaphysical level of these arguments. [2] I want to consider, however, Morin's arguments which also sketch a political effect of the "embrace" of nothingness. Here is a (unfortunately) long quotation:

Apart from a self-defensive reaction by which human beings ignore negative feedback or deliberately forget and simply persist, there is an attitude of acknowledging that for the first time we are facing Nothingness in all its desolation, in all its necessity, in all its mystery. [3] The increasing enervation of the myths, which are by no means ineffectual or dead yet, bring us for the first time to the insight that there is no messiah or also that every possible messiah is ill, not just the Messiah of the religious but also that of politics. Every Messiah - including that of science, including that of progress - must be told: no! (94)

In political terms this function of the anti-messiah means the refusal of "brotherhood" as consolation and myth in the face of the negative. Rather, we can elaborate fraternity, or I would even say communism, "on our shared condition of being condemned to Nothingness." (95)
Although Morin argues this in terms of an "ethics of agony" and ethics is a word I am suspicious of (despite my own failure of using it in a piece that perhaps should be pruned from my CV), his point concerning the anti-messiah may still hold as one possible starting-point for thinking the politics of the non-correlational.
Notes
[1] I am by no means knowledgeable enough to grasp the accuracy of this as a reading of Kant, my suspicion is not but I await the next issue of Collapse eagerly.
[2] I seem to lack the "metaphysics gene", and in my rare conversations with philosophers I can easily be chided for my tendency to completely miss this level of argument. Hence I am without-philosophy in perhaps the most boring sense.
[3] Reza's work indicates this awareness is not as "new" as Morin suggests.
References
Morin, Edgar (1989) ‘Approaches to Nothingness’, in Looking Back on the End of the World, ed. Dietmar Kamper and Christoph Wulf, trans. David Antal. New York: Semiotext(e), pp.81-95.
Negarestani, Reza (2008) "The Corpse Bride:Thinking with Nigredo", Collapse IV.
Posted by Benjamin at 02:51