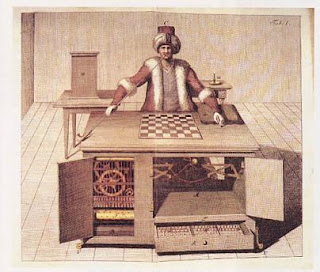 Despite being anti-accelerationist I do have a soft spot for Massimo Cacciari's 'negative accelerationism' - as I've previously posted (now, sign of age, repeating myself...). Unlike the pathos of the Landian tendency to 'love' one's own dismantling at the (metaphoric) hands of capitalism, an embrace of liquid flows and extinction, Cacciari's 'unpolitical' version of completed nihilism encompasses a breathtaking cynicism. Here's a position statement from his essay 'Nietzsche and the Unpolitical' (in the new collection from Fordham The Unpolitical):
'they see their own operations as alienation - not in the banal and servile sense, that this alienation is simply imposed on them, that they are subject to it in messianic expectation of the dialectical synthesis, but in the sense that, within the irrevocable dimension of alienation, they can build their own political interest, can determine their own separateness and division as grand politics... There is no synthesis for workers' alienation.'
As capital nullifies all values far from embracing capitalism own deterritorialised flows we embrace a political intelligence that can organise a counter-plan, manipulating evacuated 'values' for our own 'unpolitical' projects. Of course, that turned out to be the PCI and the historic compromise, so not so 'intelligent'... Fedrico Luisetti has some fascinating work updating Cacciari to the present misery (pdf).
Cacciari's collection Architecture and Nihilism is available here, with a kind plug for my earlier post.
Posted by Benjamin at 07:44

my thanks as well, nice to have this work available - sorry for not saying back in the day, I always seem to be a little too busy for blogging...

Searching for the Ultimate Dating Site? Join to find your perfect match.