Wagering on the Worse 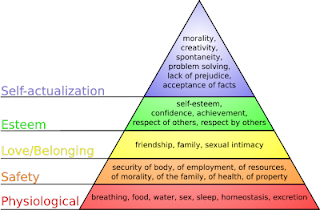 Buried in a footnote of a critical discussion of Perry Anderson's relaunching of the NLR in 2000 by Gilbert Achcar is this comment:

“One striking aspect of Perry Anderson’s ultra-pessimism is the way in which he raises very high the bar for a new modification of the balance of forces acting against neo-liberalism, succumbing thereby to a particularly crude economic determinism. Thus, according to him, the present balance of forces ‘will probably remain stable so long as there is no deep economic crisis in the West’ (“Renewals”, op cit, p19). Following this, he goes one step further and adds: ‘Little short of a slump of inter-war proportions looks capable of shaking the parameters of the current consensus’ (ibid). Apart from its exaggerated character, this judgement carries a surprising reading of
history from the pen of such a far-sighted historian. Quite the opposite is needed: let us wish that the new period of economic growth is consolidated so that the new wave of radicalisation which appears to be taking shape is strengthened. The long recessions of the inter-war period and of the last quarter of the 20th century led to a significant worsening of the balance of forces. Conversely, even Durkheim understood that boom phases are favourable to radicalisation of demands because of the expectations they raise. Besides, a new expansion under the present neo-liberal conditions of development in global capitalism clearly could not reproduce the ‘virtuous circle’ which flattered the Western working class during the long post-war boom.” (my italics)

I suppose it is this kind of suspicion that makes me unsure that the current credit crunch will have the effects of disenchantment and radicalisation that might be supposed. In the case of Argentina the collapse of the banking system appeared to produce a temporary radical effloresence that all too rapidly faded. Of course perhaps a "world" crisis would mean these effects couldn't be contained, but that is not yet self-evident. I hope I'm wrong.
Posted by Benjamin at 09:22

I haven't kept on Argentine stuff in the past 4 or 5 years so I can't speak to what's happened since, but I think it's important to note that the efflorescence during the crisis down there had a ten or 30 year history. From what (little) I've read, two of the main legs were the organizations of families of people disappeared by the dictatorship (some people there call the wave of disappearances The Genocide) and the organizations of the unemployed - the piqueteros. During the crisis from what I can tell the tactics spread around a lot to other groups along with a new/renewed willingness to be quite militant. To a lesser extent (and I think the fact that it's lesser is really important) the ideologies of those groups spread around too, but didn't become hegemonic or if it did it was very brief.

The reason I go on about this is that I think it's important to note that there are key non-economic determinants as sources for what happened in Argentina. My impression is that in the US there's really nothing analogous to what was going on in Argentina in the 90s, so even if crisis *did* produce a similar efflorescence, it'd had less to draw on and likely less staying power.