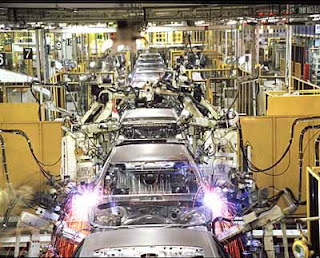 This is a term I've coined (unless someone out there proposed it w/o my knowledge) to describe the kind of strategy beautifully conveyed here. In a sense it has a fairly impeccable pedigree as one of the "spirits" of Marx, especially the oft-quoted passage from the Manifesto on "all that's solid melts into air". To quote myself, this is "an exotic variant of la politique du pire: if capitalism generates its own forces of dissolution then the necessity is to radicalise capitalism itself: the worse the better. We can call these positions accelerationist."
Unsurprisingly I'm made more than a little nervous by these attempts to argue "the path leads only over the dead body of capitalism" (Brecht, see below). A "red thread" can be traced from Marx, via Brecht, down to the libertarian current of the early 1970s. Rather than seeking the subject of revolt as the marginal to capital, the subject of revolt is the subject in capital (although the dangerous elision is that the subject of revolt simply is capital). As Lyotard, whose Libidinal Economy is the book of accelerationism, puts it: "in the immense and vicious circuit of capitalist exchanges, whether of commodities or ‘services’, it appears that all the modalities of jouissance are possible and that none is ostracized."

Firstly (if we believe the hauntologists discursive a priori), as I have hinted at above, we might think a more nihilist aesthetic which seeks not merely to foreground the processes of postmodern audio-necromancy, but rather to accelerate the system to its ultimate demise, to speed up the rate of fashion-flux to a point of irredeemable collapse. Rather than an act of reverence, of mourning, of touching at impossible universes from a distance, this would be a deliberate and gleeful affirmation [option a]. Alternatively, we might consider Badiou's analysis of the emergence of the new, which would entail a more strategic examination of precisely where the pop-musical evental sites and historical situations exist within our current time: those regions which appear, from the in-situational point of view, to be marginal, and properly undecideable. [option b]

Obviously I'd choose option b, and in a sense, although departing from Badiou precisely on the grounds of his "affirmationism", this is the argument of The Persistence of the Negative. The later post firmly chooses option a. While this is one way to cash out the politics of speculative realism, and hence admirable, I'm not sure it exhausts those possibilities or is the only such politics extractable. 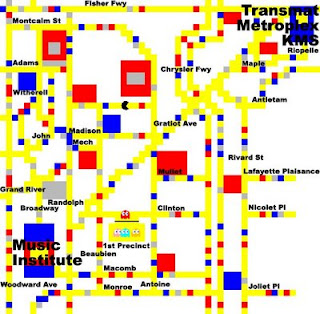 In terms of artworks I find a lot to agree with in the critical remarks concerned with hauntology, and can certainly see the jouissance of the nihilistic embrace of capital qua accelerator. Much of the shock of Detroit Techno in its initial phase (to show my age) was its choice to embody the robots of the production lines of Ford (which had obviously been a factor in the devastation of Detroit), rather than the "humanism" of Motown. In a way this it is impeccably Brechtian. 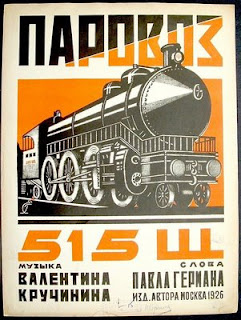 That said I feel there are definite problems with this as political strategy (as well as artistic - cf. the late Warhol - Jeff Koons - Damien Hirst line). Instead, unsurprisingly, I prefer the position of Benjamin: "Marx says that revolutions are the locomotives of world history. But the situation may be quite different. Perhaps revolutions are not the train ride, but the human race grabbing for the emergency brake."
____

Some examples of accelerationism:

Brecht
Behaviourism is a psychology which begins with the needs of commodity production in order to develop methods with which to influence buyers, i.e., it is an active psychology, progressive and revolutionizing kathode (Kathoxen). In keeping with its capitalist function, it has its limits (the reflexes are biological; only in a few Chaplin films are they already social). Here, too, the path leads only over the dead body of capitalism, but here, too, this is a good path.

Roland Barthes
There is only one way left to escape the alienation of present-day society: to retreat ahead of it.
Pleasure of the Text (1973)


Galloway & Thacker
One must push through to the other side rather than drag one’s heels.
The Exploit: A Theory of Networks (2007)