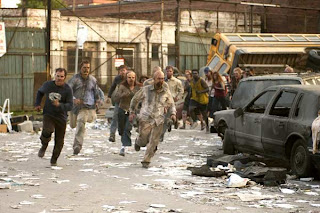 'They want to kill us, but we're already dead'.
According to TC the 'spirit' of the struggles of the 1980s, in which the violence of struggle never led to a formalisation or demand for autonomy; strikes without demands in the extinction of the affirmation of the liberation of labour, and in which class definition only results from capital as antagonist and not 'in itself'. 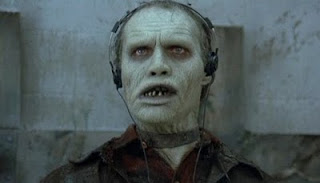 From the failed zombie re-training of Day of the Dead (casting an ironic light on The Full Monty) to the post-Fordist breakout of the remake of Dawn of the Dead, the reserve army of (un)dead labour figures real subsumption the age of coming devalorisation. Not alive, not dead, not-value; the 'fructifying vitality' (Marx) of living labour recoded as death drive.
Posted by Benjamin at 07:44