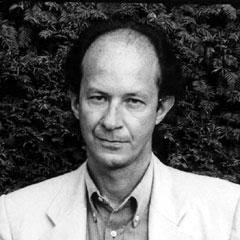 1. Take a suitably lengthy, informative, and arcane wikipedia entry - my suggestion is this on Noah's Ark.
2. Use as many of the original language reference and most arcane features in said entry to trace a genealogy of said "symbol" (remember to introduce the most esoteric or unusual by beginning with "As everyone knows")
i.e "As everyone knows Muhammad ibn al-Tabari's 915 work تاريخ الرسل والملوك suggests the donkey was the last animal on the ark, and the means by which Satan entered".
3. Make analogy between said entry and a feature of the current geo-political situation (i.e. Noah's ark as symbol of vanguard exodus), i.e.
"the donkey, as the entrance of the Satanic principle into exodus, is the prophetic sign of its fatal contamination in modernity by the biopolitical reduction of the subject to bare life."
4. Remember to make every such sign or symbol reversible: so "the donkey is at the same time the messianic sign of bare life transfigured: "And Jesus, when he had found a young ass, sat thereon; as it is written" (John 12:14)".
5. Add in some contemporary reference, perferably to pornography / contemporary media events / some index of the present
(ok, so the donkey conceit will now end...)

6. And loop around again

Flippant, but prompted by a recent reading session on Agamben (who I have written on, and quite like) and a conversation with the Institute on the way in which Wikipedia can make us all Agambenian.
Posted by Benjamin at 06:17

This is just about perfect.