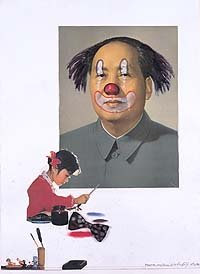 Back from HM and this is an admittedly fragmentary although lengthy report (which seems to model perfomatively the experience). The 'report' is partially fragmentary because of the success of the conference, which was so well attended that I couldn't physically get in to see certain sessions (as well as exhaustion). 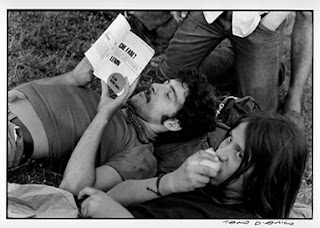 The panel Workerism: A Generation After (Saturday 8 November) began with a paper by Massimiliano Tomba and Riccardo Bellofiore, which was originally the afterword to the new Italian edition of Steve Wright's essential Storming Heaven. The paper critically questioned the 'holy trinity' of operaismo: Panzieri, Tronti, and Negri. While recognising the power of workerism to articulate a non-objectivist Marxism, criticisms came of the tendency to a 'paradoxical Leninism' in the privileging of a particular sector of the working class (ie mass worker / social worker / multitude). Instead MT & RB insisted on the necessity of further inquiry into the labour-process as 'contested terrain' - particularly in understanding the 'refusal of work' as a means of denying the concrete conditions of labour and connecting with others struggles. So, as MT noted how the struggle of the workers at the petrochemical works of Porto Marghera in the 1970s for better conditions immediately entailed dealing with the wider 'externalities' of pollution, health care, and so on (and how it was regarded, at the time, by Negri as only expressing the 'right-wing' of workerism). MT & RB suggested a new articulation that re-attended to worker's inquiry, and which developed the capacities of workerism to offer 'ecological' analysis through the critique of constant capital - connecting such contemporary concerns back to the labour-process.
Steve Wright's Revolution from above? dealt with the 1970s writing of workerists on money. He noted how this implied attention to the capitalist power of command (rather than the usual emphasis on worker's self-creativity) and was germane to the current context of 'the mania of getting rich without the pains of producing' (Marx). The discussion ranged over work by Sergio Bologna, Christian Marazzi, and Lapo Berti, dealing with the 1970s fiscal crisis - 'One, Two, Many New Yorks' as I believe Marazzi commented on the fiscal counter-attack by capital. 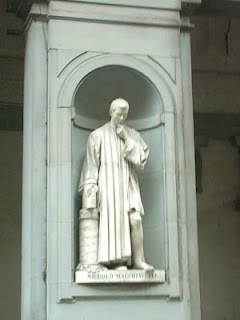 Matteo Mandarini discussed Massimo Cacciari and Mario Tronti (pdf of a previous paper here) via their articulation of politics as an 'intervention that changes fate and bends it to one's will' (Cf. Machiavelli). He suggested a re-attention to the arguments for a political rationality autonomous from the struggle in the immediate proces of production; the problem that worker's struggles provide information conduits for capital - conduits that are being better used by capital than by the left; and that the weakening of struggle creates and information deficit for both capitalism and for workers. His closing point was then need to articulate politics with the information that struggles give. Again, which is a point Steve Wright has made, the call implied the need for the re-discovery of worker's inquiry (reference could, and perhaps should, have been made by panellists to these recent attempts - whether that reference be positive or negative is open of course). 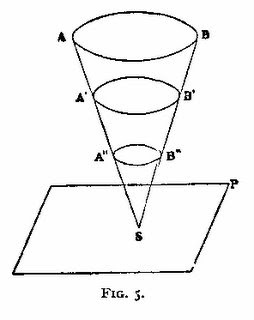 On Sunday, the first session Marxism, Communism and Historical Time involved my own paper, which I won't narcissistically comment on but you can have if you email me. Andrew McGettigan gave an excellent paper on the relation of Benjamin to Bergson, arguing that in the capitalist imposition of an 'eternal present' any alternative conception of time could only appear metaphysical and speculative. He then correlated Bergon's model of the time-cone (from Matter and Memory) and Benjamin's jetzeit (now-time), as providing just such a model and articulation. Bergson's seemingly irreducibly metaphysical model finds itself re-inscribed as a model of the revolutionary re-actualisation of the past, in which the time-cone drives itself down through the field of the present (P in the above diagram).
Interestingly (to me), in relation to questions of subjectivation and anti-humanism raised around accelerationism, Benjamin's orientation to this ruptural 'telescoping of the past through the present' involved a 'masochistic' destruction of the existent (capitalist) subject. Debate and discussion turned on Marx's own thinking of temporality (of which more below), the question of subjectivation, and the necessity of destruction to mark Benjamin off from a 'Sebald' model of recovery. I was particularly interested in the Benjaminian project of winning the masses to Bergsonian metaphysics - good work if you could...
The panel From the Grundrisse to Capital had Massimiliano Tomba (MT) drawing out Marx's proposal of a new anthropological type in the Grundrisse - the 'social individual'. Linked to this was a pondering of time, articulated through a double schema that is at once evolutionary and invariant. Reading Notebook 5 (on Pre-capitalist forms) with Notebook 7 (the Fragment on Machines) together provides a dialectic of development - the birth of a new developmental model of time, coupled to the dissolution of capital. In Capital this is modified through a consideration of the specificity of the origin of capital and the necessity of primary accumulation, moving away from a universal model of time toward a more conjunctural analysis.
The second paper, presented by Peter Thomas (co-written with Geert Reuten) traced a similar analysis through 'the law of the tendency of the fall of the rate of profit'. In the Grundrisse this takes an organicist / teleological form of diachronic exhaustion. In Marx's later notebooks, not entirely reflected by Engels editing for what we have in Capital volume 3, we have a model of time as a qualitative intensification of synchronic moments. This was the most resonant paper for me, connecting to our panel on time. Thomas argues that Marx slowly abandoned his 'breakdown theory':

"These contradictions [the highest development of productive power coinciding with a depreciation of capital], of course, lead to explosions, crises, in which momentary suspension of all labour and annihilation of a great part of the capital violently lead it back to the point where it is enabled [to go on] fully employing its productive powers without committing suicide. Yet, these regularly recurring catastrophes lead to their repetition on a higher scale, and finally to its violent overthrow." [Grundrisse Notebook 7)

Against this eschatological theory of an immanent self-destructive capital obeying a law, Marx moves to a more homeopathic model of crisis as cure - cyclical and restorative. In this case we can no longer rely on crisis but have to attend to how capital uses crisis to increase exploitation and to articulate a conscious political project to resist and destroy capital. 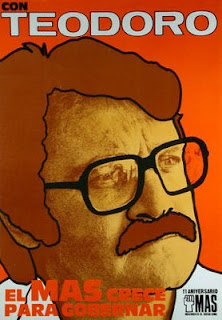 The final panel session I attended was The State in the Bolivarian Revolution: Marxist Analyses, where Don Kingsbury presented a sympathetic but critical analysis of the Bolivarian process. He made some common ground with George Ciccariello-Maher's analysis of dual-power, and argued that currently (pending the regional elections in November) the tension is between a reformist social-democratic Chavismo and a more radical series of base elements. He noted, anecdotally, that upper-class Venezuelan's tend to say that the standard of service has dropped since the 'revolution' (ha ha). Debate, led by Jeffrey Webber, turned on the lack of structural adjustments to wealth distribution and worker's control, as well as the national and international constraints on the process - primarily oil and financial capital. This was a fascinating debate on what we actually might mean when we say 'socialist revolution', including the part played by material and ideological changes. 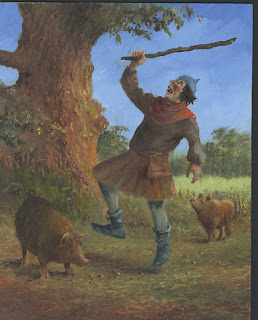 (exercising pannage - for IT)

The final plenary I attended was Peter Linebaugh's Mrs. Gertrude Kugelman and the Five Gates of Marxism. This was a vatic performance, which as one conference-goer commented would not have been accepted if it had been given by a woman. Taking Marx's statement from the Manifesto that 'The Communists disdain to conceal their views and aims' as a mantra Linebaugh ranged over reproduction - both intellectual, productive, and of children - law, primary accumulation, and the defence of the commons. The five gates, in case you should be wondering, are the 'empirical' chapters of Capital (10 on the working day; 14 on the division of labour and manufacture; 15 on machinery; and 25 on the composition of the working class), which Linebaugh insisted needed to be read and articulated with the theoretical chapters if we were not to fall into a fascination with the logic of capital at the expense of material struggle.

More impressive in the prepared elements, the slightly revival-meeting style grated with your truly. This is a useful primer for his recent work, but in our dissident pocket the feeling seemed to be the law and constitutionalism weren't really going to cut it when it comes to 'what is to be done'.

What I missed: Ian Birchall insisting we must burn Debord, Kees van der Pijl - who seemed to be getting rated a lot, and too many papers by friends.

What I bought: Nomads, Empires, States; Negativity and Revolution; Fables of Aggression; and the usual couple of issue of HM.

Props to Alberto, IT (a trooper displaying communist discipline), Drew, Don, Gail, Alex, Dhruv, Alice, Rodrigo (thanks for the issue of Turbulence), Steve Wright (buy Storming Heaven), the guy who kindly mentioned more about Arrighi to me after my paper, and Nick (for tolerance and contribution to what seemed like a massive drinks bill at dinner).

ps It's really annoying constantly being asked to subscribe to HM; there is such a thing as overselling

Would like to read YOUR paper, but cannot find an email address on The Blog....

I just wanted to thank for this wonderful report.

hi Benjamin,
I'd like a copy of your paper, please, and thanks for this report.
cheers,
Nate