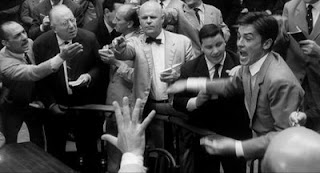 One way to return to the question of capitalism and agency posed by the work of Deleuze and Guattari is via the work of Chris Arthur, Roberto Finelli, and Moishe Postone. Each argues that Marx analyses the operations of capitalism as instantiations of the Hegelian dialectic. This means that Capital is the (Hegelian) Subject. To summarise Chris Arthur's useful discussion:
1. capital subsumes singulars under the universal of value
2. capital is a self-valorising system of accumulation
3. capital is a concrete universality

Capital qua subject operates through form-determination: inscription of materiality in terms of the value form. Hence we have the operation of capitalism as that of real abstraction; as Finelli puts it Capital is 'spiritualistic' (in the sense of the Hegelian Geist). Finelli analyses this process as one in which capitalism is capable of positing its presuppositions, which is to say re-signifying and subsuming materiality, and especially labour, within itself as its condition. He goes on to argue that Arthur still relies on a 'logic of contradiction', which holds to a certain resistance to abstraction in an 'exterior' or 'anthropological' minimum (labour-power / species being, etc.). His own 'logic of subtraction' proposes that positing the presupposition goes all the way down. Hence his interest in the hollowing out of the concrete in postmodern society, a la Fredric Jameson's work on postmodernity and finance capital.
This has implications for agency: Chris Arthur argues that the proletariat is the 'counter-subject' emerging as capital's repressed other; Finelli argues for a new richness of difference developed through a new need for recognition (here the 'subject' seems to be something like a post-proletarian contestation); and Moishe Postone dismisses the proletariat as agency because it is bound to capitalism through its constitution via labour (I, like Chris Arthur and many others disagree with this contention). 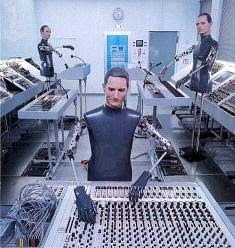 Reading back to Deleuze and Guattari we could say they too accept Capital as subject, true as axiomatic rather than Hegelian, but the effect is largely similar. I would argue that then they turn between the logic of contradiction and the logic of abstraction, and so between different forms of agency. In the first they hold on to a logic of ontological excess, which while not humanist does also vector through the human. This is 'absolute deterritorialisation' as the 'outside' qua excess of forces - a Nieztscho-Bergson line of vitalist exteriority. Obviously this line is developed most tightly by Negri in terms of the excess of potenza / labour-power / constitutive power over potere / capitalist command / constituted power. Here agency is the rupturing outside, the marginal, and so on.

But at the same time they also operate with a logic of abstraction, or of absolute deterritorialisation as accelerationism. In this case, like Finelli, the absolute dominance of capital in its re- and de-signifying power eventually finds its own internal limit and explodes the horizon. This appears to be the anti-humanist 'line' articulated here, for example ("One more effort Deleuzo-Guattarians, to become anti-humanists"). This is, of course, the point of Lyotard's intervention, which is to shore-up this side of Deleuze and Guattari against any humanism of desire. We could say then that as Finelli is to Arthur, so Lyotard is to Deleuze and Guattari.

My own 'position' (should it amount to such) is poised rather uncomfortably between these two. I'm inclined to accept Finelli's analysis and description of capital at the same time as wondering, like Chris Arthur, where this leaves the question of resistance and agency? Contra my earlier statement on Lyotard then, I can accept capitalism as the only Subject (that is Hegelian Subject as universal subsumption and enrichment of difference). The pending question is the re-conceptualisation of agency that would destroy this Subject, and I am inclined to the re-articulation of the 'differences' posited by capital but through the work of the negative the situs analysed as detournement (which I regard as a political and not an aesthetic strategy). 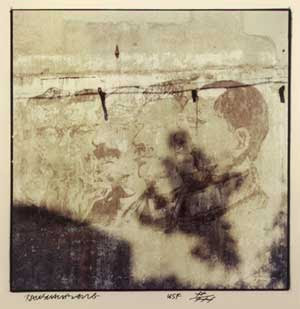 I certainly accept the exhilaration of accelerationist anti-humanism (cf. SBA) and the point made by Schoolboy Errors that it is preferable to the endless 'quasi-humanist' cultural Deleuze/Guattari (I happen to like the irony that my book will be coming out from the home of such studies - Edinburgh University Press - fly in the ointment again). What concerns me is that we are left not so much with anti-humanist 'agency', but no agency at all. The point of tension then appears to be a slide into a passivity of 'agency without agency'. The risk then is that this is all too congruent with 'invisible hand' / 'cunning of reason' arguments, that are the province of Hayek and Von Mises, et al.
Posted by Benjamin at 00:50

If you look at the current world crash there is really no one out there on the left or right who has a serious idea how to stop a prolonged depression. A few, very few, saw this comung.No one has a clue how we come out.

The most critical group are the investor class, especially hedge fund people.Buying dollars and shorting the market is not exactly a revoltionary act.Maybe there is no human agency

well in a way that's the Finelli / Marxist point; from the working of capital as subject then human agency is irrelevant (except in so far as it is subsumed under the value form). Human or otherwise I suppose I'm just interested in what kind of agency (or whatever anyone wants to call it) that could offer resistance / alternatives

it seems to me the claim that capital literally is (or is wholly included within) the hegelian subject presupposes an acceptance of hegelian metaphysics against marx's materialist version. wouldn't one have to, contra marx, do away with the labor theory of value? also how would one then historicize capitalism without simply becoming a hegelian? hegel's "ruse of reason" is close enough to adam smith's invisible hand to be virtually the same thing.

my sense is that d&g's 'humanism' is really just a sort of aura or mood, the effect of their having deferred the question begged by their recognition of capitalism's historicity by beginning their analysis from an a-subjective 'position.'