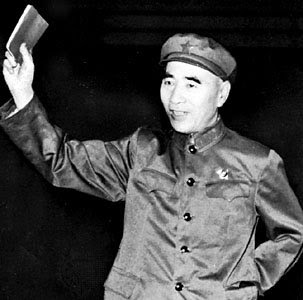 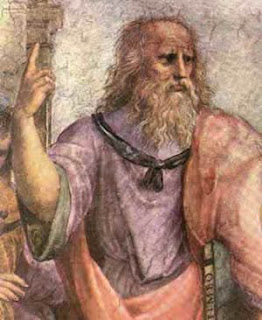 I’m deeply unclear about what Fredric Jameson means here. Certainly we can all recognise the voluntarism in Maoism, most notoriously embodied in the ideological function of ‘Mao Tse-Tung Thought”, but Platonism? Of course we could mention the fusion of Maoism and Platonism contained in Lardreu and Jambet’s L’Ange (1974), although that work marked the beginning of a retreat from GP voluntarism at the same time as incarnating a hopeless voluntarism itself – although as the people qua angel did not need the militant then quite what action could be taken remains unclear. Other than that, we might consider the accusations of Platonism directed at Althusser (for example by Sebastiano Timpanaro) and then how high Althusserianism all too rapidly tipped over into voluntarism in Althusser’s auto-critique. Still, if there are any Platonist voluntarists out there, how’s that working out for you?
Posted by Benjamin at 07:28

if there are any Platonist voluntarists out there, how’s that working out for you?

Great, thanks. This morning I constructed a geometrical figure that simultaneously instructed me as to the location of enemy bases which I then destroyed via a killer combination of aporia and anamnesis.

Or I taught Hegel and marked some essays. I can't remember.

Hmm. . . Not that this would be an entirely fair characteriz-ation, but one might think of Badiou as a Platonic (and Maoist) voluntarist.

If the date on this weren't 1998, I'd suspect that this is the secret referent in Jameson's remark. Though I don't doubt Jameson had read him in '98, I'm not sure he would have accorded him his own philosophical stream then. But maybe I'm wrong. He's anything if not prescient, that Fred.

I'm not sure if it's one of those cases where I'm trying to make sense of a throwaway comment that's not really thought out, or it's something really insightful. Otherwise, like IT, I'd like to sign up - I now Jason Barker thought some of the asceticism stuff I did was Platonist (although too my despair I read somewhere it was 'straightedge' and that i'd put someone off reading Badiou - note to self stop vanity searching, it does you no good)

i'm a bit late, but is Jameson's point not just the fairly naive one that idealism a la Plato has an intrinsic utopian force, where materialism tends towards an affirmation of what is, in the absence of some extra theoretical goad away from this?

Not got the context to hand so i could be wrong (and it would be pretty cool if he was referring to a secret substratum of Platonist Marxism), but the 'various' in the quote rather suggests he's casting his net beyond Marxism at this point.

could be, but it still seems a trifle strange - I would see more how voluntarism could be correlated with philosophies of will (although, of course, this often involve a certain passivity). Perhaps it is just a strange formulation, but I'm not sure idealism, Platonic or otherwise, particularly leads to voluntarism, but you may be right that's it is a comment on the tendency to subtract the subject in currents of materialism