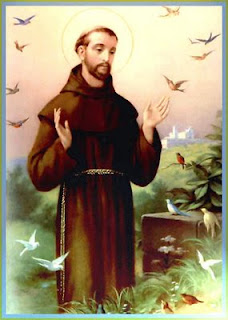 "the weak philosophies of the margin, difference, and nakedness appear as the mystifying figures and the unhappy consciousness of imperial hegemony."
Hardt & Negri in Negri, Reflections on Empire, p.94

What might be quite a rare moment: Hardt and Negri appearing to channel Lukács circa The Destruction of Reason (1952). Brutal as their characterisation of "weak thought" might be, it appears to have increasing truth - although how that truth is taken is up-for-grabs (is Agamben's "bare life" uncannily predictive of imperial hegemony, or simply a counsel of despair in the face of it?). The difficulty is, as Steve Shaviro points out here is that this accusation can be returned to its sender - in what sense does "strong difference", or "nakedness" re-interpreted as poverty qua potenza, really not provide another "mystifying figure" of the supposed powers of resistance?

Perry Anderson has indicated the dangers of consolation, in which "[t]he need to have some message of hope induces a propensity to over-estimate the significance of contrary processes, to invest inappropriate agencies with disinterested potentials, to nourish illusions in imaginary forces." (14) While Anderson recognises this as a necessary illusion (could we say it is the Kantian transcendental illusion of the Left?), the difficulty with Negri's work is the sense of a magical transformation of weakness into agency that seems all too consonant with a mystification of the "obscene underside" of imperial hegemony.

We should, I think, recognise in Negri's work his good faith in trying to come to grips with new class composition(s), and the need to identify and retain a sense of revolutionary agency. After all, without this possibility of such agency Marxism would fall into the position indicated (and rejected) by Trotsky: "if the world proletariat should actually prove incapable of fulfilling the mission placed upon it by the course of development, nothing else would remain except only to recognize that the socialist program, based on the internal contradictions of capitalist society, ended in Utopia." The difficulty is that, at worst, Negri's work seems to imply the communism is not utopian because it is already realised - what Gregory Elliott acidly called "a mutant Browderism".

It seems to me that some of these difficulties are written in at a very early stage in Negri's work. I've been reading Books for Burning, the compilation of 70s texts (going cheap at Judd Books). These are definitely some of the densest of Negri's texts, and I start to have sympathy with those ex-Brigadists who accused Negri of the invocation of the "magic Grundrisse" and the recollection of Greppi (recorded in Steve Wright's excellent review "Children of a Lesser Marxism?):

I remember once meeting Luciano [Ferrari Bravo] coming out of a lesson, and he asked, "Why do I have to waste my time explaining Toni’s books?" He was a wreck after two hours of interpreting the thoughts of the great master. Basically this was ideology, rather than the critique of ideologies.

The particular difficulty I'm pointing to particularly concerns the quotation of passages of the Grundrisse and then their analysis by Negri, which at the very least often seem "inventive".
That said, the actual theses of the texts are relatively easy to follow, and identified quite clearly. These hold the key to the continuity that concerns me. In Domination and Sabotage (1977) Negri argues that ‘Sabotage is the negative power [potenza] of the positive’ (2005: 258; italics in original) and that there is ‘a positivity that commands the negative and imposes it.’ (2005: 259) Here already, for me, is the first alchemical transformation of negative into positive that dictates the later ontologisation of constitutive power.
This will later slide all too easily into an endorsement of 'things as they are' as really being communist. The line is perhaps easier to take at the high-point of a radicalised movement, although it offers little to explain the rapidity of defeat (of course we can note the extremity of the state repression - conveyed most movingly in Nanni Balestrini's The Unseen - but then what significant movement has not had to face and try to overcome such repression? Negri's own discourse of sharpened fundamental contradiction and rising proletarian power offers little explanatory grasp to the experience of defeat). In the current context it appears too much as wishful thinking, precisely resulting from an all-too-rapid positivisation of the negative.
Posted by Benjamin at 03:37