Kettle Logic and Circuits of Protest 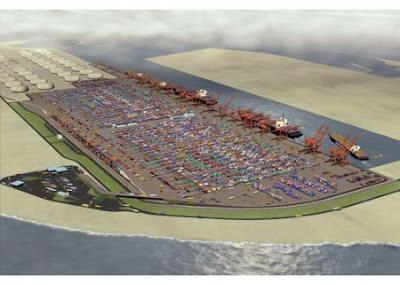 Reading the Institute's comments on the G20 protests (in reply to Owen and Mark) and the question of the right to the city versus the struggle at the immediate point of production I was thinking perhaps this need not be cast as an antinomy. In particular Beverly Silver-type arguments point out how the new spatial dispersion of capital creates new points of struggle in terms of circuits of circulation - transport, docks, etc. - and of course the right of circulation through the city-space itself. It is these circuits that provide the admittedly attenuated linkages between labour and finance capital - not least containerisation (cf. season 2 of The Wire) - in the 'circuit' between China and the US. This would allow us to make the connection between labour and finance capital that Harvey regards as detached. This is partly Blackburn's point that this is a crisis of poverty (both among the US working class, i.e. the sub-prime mortgage crisis, and the Chinese working class, in terms of low wages), and Badiou's point that this is a crisis of housing. Focus on the circuits as points of struggle would also allow us to avoid the displacement of struggle onto the Chinese working class (although it may be the obviously mixed memories of struggle do allow for resurgence in the face of proletarianisation - the breaking of the iron rice bowl).

The issue here would be one of making figurative / imaginative connections between the subsumption of labour qua commodity and the futural (detached) commodities of financialisation. Here I think Harvey and Blackburn offer models that might appear reformist but actually offer the means to 'appropriate the appropriators'. The appropriators being now not so much literal subjects of capital (the firm, the individual capitalist), but the bearers of capital as real abstractions (the financialisation of the life-course, the futural nature of the form of value). To appropriate them requires not only the right to the city but the right to financialised capital. Instead of being 'monetary subjects without money', in light of the strategies of autonomia with regard to the reappropriation of the wage, we might speak of becoming monetary subjects with socialised money.
‘- work and + money’ to quote the slogan of a leaflet distributed at Fiat in 1969.
Plus see the photos of the protests by IT. On IT's comment on the necessity for a sublation of the opposition between a totalising anti-spectacular concept of revolution coupled to a totalising concept of the spectacle I'd certainly agree (and on the query about the 'elsewhere' it might come from). I think here a re-reading (and critique) of the situs is necessary, especially the examination of such concepts as detournement and the construction of situations. Of course Debord's pessimism circa Comments on the Society of the Spectacle (1988) seems to break this dialectic into a Baudrillardian-style pessimism (although Baudrillard is more interesting to me than the cliche).
All protest (I think) has a theatrical element, including successful protests / revolutions. Rather than risk blanket dismissal on these grounds - "the burning-with-the-pure-flame-of-negativity thesis" (Clark & Nicholson-Smith) - it might be more a matter of thinking types and forms of theatricality.
Posted by Benjamin at 04:00

It's a pity that the Tamil support march (some estimates I've seen counted participation at 100 000) wasn't combined with the two anti-The Way Things Are marches. Kettle that - rozzer bastard. Further, I find it disheartening to see a conflict being conjured up between labour and protest. The two are intertwined. Fortunately, our opponents don't know a way forward either, so let's not beat ourselves up about not having a programme immediately to hand. After all, the Thacther counter-revolution only had 'All power to the shareholder' as its guideline...