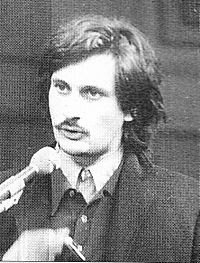 My title comes, of course, from Philip Roth's description of Philippe Sollers, which was meant as a compliment. One could add that no doubt Franco 'Bifo' Berardi would also take it as a compliment. After writing two texts arguing that revolutionary subjectivation has failed, that we are due a 'wave of suicides' (at least an empirically testable assertion), re-evaluating Baudrillard contra Deleuze and Guattari, and hyming the 'the intellectual potency of depression' (Berardi 2008a; 2008b), Berardi now turns to the current financial crisis. Anyone expecting further hyper-pessimism will be surprised, that has now flipped over into a strange hyper-optimism. Contrary to the caveats and warnings of David Harvey, who warns that the current crisis is leading to a 'far greater consolidation of the capitalist class', Berardi concludes that 'the history of modern capitalism is over'.

In a remarkable gesture Berardi sets-up a schematic opposition between the 'net-economy', valorised as the site of the general intellect that 'is challenging the proprietary principle that has ruled Modern capitalist society', and 'criminal capitalism', associated with militarism and the abandonment of legal rule. In light of the fact that this 'split' exactly replicates the relative funding sources of the US Republicans and Democrats (cf. Davis 2009) it's unsurprising that Berardi embraces Obama as prophet of the general intellect:

Obama's victory in the US may be the opening of a new period in the evolution of mankind. This event has injected new hope in the peaceful army of the general intellect all over the world. The new President was voted in by cognitive labor, and his victory is the defeat of the criminal class represented by Cheney-Bush. But this victory marks only the beginning of the fight, that will be the fight of intellectual force against the brutal force of ignorance, violence and profit. 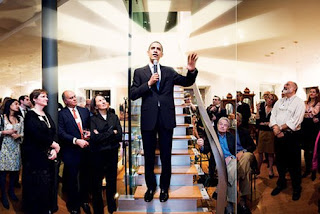 It may be the defeat of Cheney-Bush but as Mike Davis has repeatedly pointed out the 'new economy' base of the democrats is hardly congenial to any functioning left politics, and in fact might well be a purer neo-liberalism than the 'military Keynesianism' of Bush's neo-liberalism (although Keynesianism for the rich continues in the bank bail outs). In an utterly bizarre analysis Berardi argues that the media system (identified with criminal capitalism) has 'finally overwhelmed the productive cognitive class', when wasn't it this 'cognitive class' that backed Obama, and which is firmly based in the 'media system' - hence the Democrats wooing of Hollywood.

While I can certainly agree with Berardi's comments on the privatisation of experience, the shattering of social solidarity, and the pernicious effects of privatised car culture, the fact that computers has a great deal to do with these dynamics (and permitted the possibility of the complex financial products which helped produce the current crisis) is bypassed for a political fable of libertarian cyerculture tamed by 'the man' (it's as if The Baffler never happened...).

Berardi's solution is to conduct a kind of therapy on the desire for private property. His argument is that 'semiotic goods' are not annihilated through use (just like tables?) and so permit common use and collectivisation. Now we no longer have to look forward to a wave of suicides, but communism is back, surfing on the wave of commanlity of knowledge, the ideological crisis of private ownership, and the mandatory communilisation of need.

Of course this can't be the old communism of 'Will and voluntarism' (the entirely predictable targets), but 'A totally new brand of communism'. 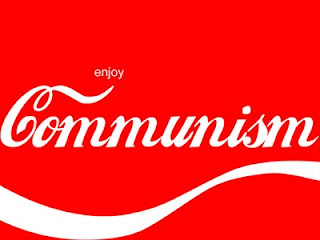 Predictably the 'evil' background of this communism of Totality (capitalised of course...) was Hegelianism, forgetting the fact that Hegelian communism was largely the opposition to Stalinist state-capitalism. Nothing can get in the way of cliche, however. Now, via the general intellect, we have a communism of singularities and non-temporary autonomous zones: 'a sort of Revolution without a Subject' (i. e. no revolution at all).
Lacking necessity this process will be achieved by droppong out and creating new networks of service. i. e. further privatisation. Thankfully we can take heart from Berardi's announcement that we don't need industrial labour anymore, instead we'll find ourselves in a state of 'furgality and freedom' (which actually sounds quite good...) What will happen to computers and the net in the absence of industry is not vouchedsafe to us. In case you are feeling scared by this new singularised and chaotic post-growth economy, don't worry 'politics and therapy will be one and the same activity in the coming time.' Kindly Berardi and co. will be there to take care of my or your anxieties to allow 'a happy adaptation'.
At once banal, weird, and deeply creepy, perhaps I'm the fool for taking any of this seriously. 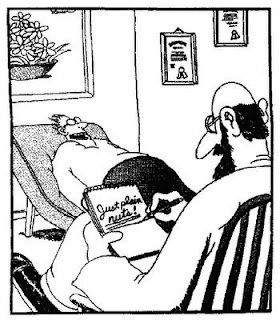 Hi Ben- I'm slowly warming up to the Autonomists (non-Negrian wing) following Bifo and Marazzi's recent talks in London in the last few months (ie- genuinely post-Marxist political economy, precisely what is needed). But I find myself more on the Marazzi side than Bifo's (new found) boundless optimism, or at least some darkened version of Marazzi- the main issue to me is his new limit (human cognition/attentiveness to info-flows essentially). If properly incentivized, I think, this will be the crucial weakspot in Capital's continual re-investment and reinforcement of the personological form- to remove this limit requires the harnessing of neurobiological technologies, the decomposition of the limit will break down one of the crucial building blocks of capitalist stability in a manner which will allow the becoming-other of capital itself. If the narrative of post-fordism (sketched by Marazzi) is one of the gradual becoming-capitalist of the worker (via precarization of work and widespread pension-holding) the final stage is the erasure of the static personological form itself in a potentially open-ended free-value creation in the realization of virtualised surplus value from the domain of circulation (and the circulation of circulation etc...) some kind of Metzinger avec Marazzi, if you will...

I'd recommend having a look at Virno's book Multitude: Between Innovation and Negation, which has some amusing remarks on the Churchlands and the relation of Hegel to neurobiology (!). I suppose I'm not convinced capitalism is so reliant on the human or personological, but rather the commodity or value-form, which is empty of content. Hence I don't see how neurobiological technologies, themselves capital intensive and likely for the time being to be confined to the West (or perhaps 'tested' upon the wretched of the earth), can really threaten capital necessarily. I think they could be used that way, back to the question of agency, but are not intrinsically threatening to capital.
Perhaps it's a rather silly point to make by neurobiological modifiers, in terms of drugs / psychosurgery, even 'daily' drugs like cigarettes, coffee, and alcohol (my favourites), have been modifying the sensorium but not threatened capital. (cf Smail's book Deep History and the Brain).
Also, as you note in relation to Marazzi, the complete capitalisation of the worker towards open-ended value-creation seems to me in no way threatening, unless me posit some magical reversal from the danger to the savng also (magical short of specification of how / who will reverse open-ended value-creation into communism - of whatever form).
That's my critique of accelerationism - by banking on existing tendencies it gains a grounding but loses critical purchase by endorsing what is as teleologically or providentially leading to liberation.

Im not sure that it quite leads to liberation, certainly not in any conventional sense! Its more that it potentially implies a kind of dystopia where the borderline between control (cf: "The Exploit") and freedom break down. The question of the commodity is one I'm still considering, but informatic capitalism certainly shifts it towards a less concrete basis. Virno's bold claims about a "communism under capitalism" for informatic post-fordism notwithstanding, it is towards some hybridised dystopic form that this development points. The real problem is overaccumulation and how to absorb surpluses without simply inflating bubbles- of how to transform speculation itself into something beyond unstable forms. The metaphysics of value is central, true, but perhaps this itself can be modified? Are there other stable forms we might consider outside of communist Utopias? The difficulty is that Marx remains Hegelian (thinking capitalist forms via the sublation of contradictions- hence everything comes back to the original problem within the commodity form, everything is simply a displacement or pushing back of this)-- but we might consider capitalism as process from the other side, inverted- it begins with commodities, production, and productive-accumulation, but where it heads is towards an entirely different form of value, one which we get a hint of in financialisation and informatic immaterial labour relations, but which can be pushed much further...

Alternatively David Harvey has a good idea in terms of reabsorbing surpluses in environmental modifications to combat climate change, something which even Obama has mentioned (it's a massive problem and hence can potentially productively absorb a lot of value, just the little question of how to motivate business to invest in this).

The (science fictional) solution I'm toying with is the pushing of the process of the becoming-capital of the human towards a point where the contradiction itself can be resolved (Hegelian as fuck though- a kind of anti-Marx with capital as the the subject of history perhaps). An absolute adequacy between capital and its agents. Further, unlike Land I still think there is a role for praxis to the extent of modifying the unstable-stability of capitalism- (unstable to the extent that it cannot cope with its own accumulative motor, stable to the extent of its relentless reinvestment of an (inhumane) humanism). But this praxis is only so far as the ability to be gripped by the idea of a capitalism beyond capitalism- it is not a Badiouian or Sartrean break with the status quo (as element of an inhuman subject or as a gap in the in-itself, forever that which it is not...) but rather as a terroistic drive, "worstward ho!"