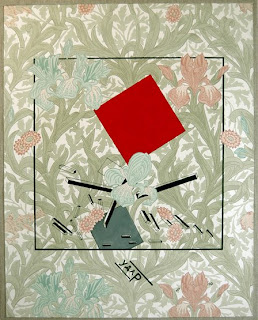 I have a lot of sympathy and agreement with value-form Marxism of the kind proposed by Postone, Finelli, the Krisis group, and Principia Dialectica. They argue that capital is the Hegelian subject that radically 'posits its presuppositions', i.e. constantly re-establishing itself through the value-form that absorbs all content, creating a totality through real subsumption and the process of real abstraction. In this situation they radically disagree with the Trontian (or more precisely Negrian) proposition that Labour is an alternative ontological creativity - rather labour is a category of capital / the value-form. In this situation labour has to be abolished, and the valorisation of the proletariat is a false hypostatisation leading to the defects of Statist socialism.


This is where Postone's question is crucial: in a neo-liberal capitalism devoted to dismantling workerist forms can we simply call for the abolition of labour without being complicit with these processes? Of course the value-form model argues for a continuing ruthless critique of labour, rather than any appeal to an entitlement to work, and is premised, I guess, on the future 'proper' crisis of the system that will lead to the abolition of the value-form. In this case defending the achievement of labour / social-democracy would be something of a Katechon, delaying the coming of the evil one, and so redemption.


I'm divided on this point, as a recent email debate I've had with SBA has proved; both attracted to the kind of Polanyian workerism that Kinkle and Toscano diagnose in The Wire, and in agreement with the critique / dissolution of labour thesis. As usual my 'compromise' is the defence / expansion of non-commodified forms (or the negation of the commodity by de-commodification), including labour. In fact Postone agrees that partial containment of the market by the state is necessary: 'The only way we could reach such a [pre-revolutionary] situation would be on a practical level, that is, through a series of reforms, some of which are more pressing than others.' (from this pdf) One of the most precise articulations, I think, of this type of strategy has been Owen's work, which combines the defence of the utopian elements of social-democratic coupled to the refusal of work thesis.


I still think, however, that the concept that some teleological capitalist dynamic of real subsumption right down into the neuro-biological will somehow destroy the human subject and so release a 'capitalism beyond capitalism' (cf Alex's comment), or some new communist forms ('install the Ho Chi Minh Chip'), is profoundly wrong.


Capitalist 'meat puppets' - a science-fictional 'absolute adequacy between capital and its agents' - would simply lead to fully-integrated agents of capital. I can't see how liberation from the humanist paradigm, or the human body itself, necessarily threatens capitalism. After all capitalism has no necessary requirement for the 'human person' - it is as happy with humanism or anti-humanism. 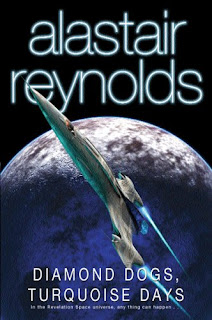 I notice that in Alastair Reynolds revelation space universe we still have unionised genetically enhanced monkey repairmen; perhaps they are a better future than the radically 'enhanced' 'diamond dogs'...
Posted by Benjamin at 03:32

Though it raises the proverbial red herring of organisation, the following quote by Tronti is suggestive of a dimension that the claustrophobic "functionalism" of a Postone, along with other value-form readings of the working-class as posited by Kapital-Geist, seems to miss out - i.e. the political moment which is intrinsic to exploitation and the formation and reproduction of classes. Leaving aside any idealism of the multitudes (resistance comes first, etc.), I think there is a broader insight of operaismo regarding value struggles that shouldn't be abandoned entirely, even in a baleful period when it seems that capital has indeed evacuated itself of any political/antagonistic dialectic:

"The working class does what it is. But it is, at one and the same time, the articulation of capital, and its dissolution. Capitalist power seeks to use the workers’ antagonistic will-to-struggle as a motor of its own development. The workers’ party must take this same real mediation by the workers of capital’s interests and organise it in an antagonistic form, as the tactical terrain of struggle and as a strategic potential for destruction."

It is precisely the emphasis on tactics and strategy that raises Tronti above the level of idealism. At one point in Operai e Capitale he lucidly prophecies that if the organised working class is incapable of anticipating capital and ambushing it at the crossroads of history (or something to that effect), then it will be decades until it will have any similar opportunity. Only too right.

Yes, I'm still torn over Tronti v. Value-Form Marxism. The problem with VFM is that it seems to recompose a quasi-baudrillardian capital qua totality w/o any counter-agency. The interview with Postone by Timothy Brennan is actually fascinating as Postone seems to concede the need for appealing to state constraint on the market and a recognition of the 'fissured' character of capital:
In my view, however, capitalism should be understood as the social and cultural order within which we live—an order that can’t be sufficiently grasped in negative terms, but that is characterized by a complex interplay of what we might regard as positive and negative moments, all of which are historically constituted.