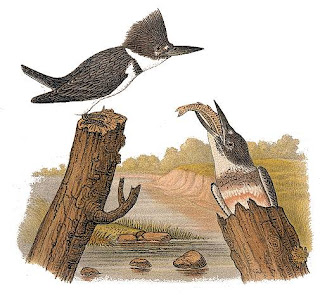 [T]he interval between an event of emancipation and another leaves us fallaciously in thrall to the idea that nothing begins or will ever begin, even if we find ourselves caught in the midst of an infernal and immobile agitation.
Badiou, The Century (p. 140)
I have journeyed among dead forms
David Jones
I hunt among stones
Charles Olson
This is not an original set of observations, but was prompted by a re-reading of Badiou's The Century for both the book and an introductory lecture on modernism.* What struck me with more force was Badiou's conception of agency in terms of passivity:

Passivity is in effect nothing but the dissolution of the 'I', the renunciation of any subjective identity. In the end, in order to cease being a coward one must fully consent to becoming. The crucial idea is this: the reverse of cowardice is not will, but abandonment to what happens.' (125)

Badiou goes on to write of an 'almost ontological passivity' (126) in which the stakes are an 'unconditional abandonment to the event.' (125) What then happens in the time of the interval? Or, more pessimistically, what if another event does not take place? It seems to me that this possibility is perfectly thinkable from within Badiou's set-up, even if would appear to imply the end of his own thinking. Even if we were not to accept this, what if an event were not to take place in our lifetime? (Writing as someone born in 1969)
If we read the reverse of cowardice as courage, and everything in Badiou invites us to do so, then this is elsewhere defined by Badiou as 'endurance in the impossible'. Courage is a 'discipline of time', which takes time as its raw material and is indifferent to the time imposed by the law of the world. The similarity to Benjamin is obvious and striking. In the 'Theses on the Philosophy of History’, Benjamin remarks that in the class struggle ‘refined and spiritual things’ makes their presence felt ‘as courage, humor, cunning and fortitude’ which ‘have retroactive force and will constantly call in question every victory, past and present, of the rulers.’ Courage appears to apply to the endurance of the event, the necessary abandonment to it (so it is possible to say many events are happening, I simply lack the courage to abandon myself to them). Also, however, I would argue courage figures the endurance of the interval as well.
What concerns me are the limits of this endurance and this courage, and of course its correlation with passivity. Peter Hallward has signalled his disagreement with this in his recent review of Logics of Worlds (pdf). Against Badiou he defines the necessity of a project that 'will also require us to privilege history rather than logic as the most fundamental dimension of a world, and to defend a theory of the subject equipped not only with truth and body but also with determination and political will'. I understand his is developing a new project based around the rehabilitation of the concept of will. From Badiou's perspective we could argue that this involves a return to the passion for the real qua destruction, in terms of the imposition of will. That is to say, the recovery of the twentieth-century conviction of 'historicist voluntarism': that the will can impose the rupture of the sequence of 'continuous, homogeneous time', rather than await (at the risk of attentisme) the coming of the event. Hallward's project implies the re-correlation of courage with will. 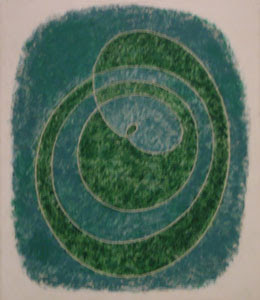 Badiou, certainly in The Century, implies that this is impossible (in the negative sense). The sequence is closed and what is required is a new subtractive discipline. This, in what perhaps might be an over-forced reading, is evident in Charles Olson's 'Kingfishers' (1949) (pdf). Here, the subtractive discipline of modernism is correlated to the endurance of an event - the Chinese Revolution (see the excellent reading by Perry Anderson in The Origins of Postmodernity - far more erudite and accurate than mine).** I want to also reconstruct this courage, evident in Olson's poem, as perhaps relevant to the endurance of the interval as well. 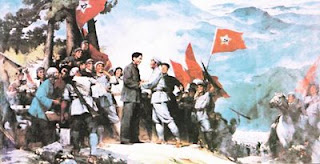 'The dawn light is before us, let us rise up and act' Mao
The difficulty that the poem probes is change, with its well-known opening: 'What does not change / is the will to change' (a translation of Heraclitus' Fragment 23). The difficulty is the possibility of this change when the 'pool is slime' (a reference to the Aztec-Mayan 'well of sacrifice', into which victims were thrown bearing messages to the gods and wearing feathered head-dresses).
This tension figured in the Kingsfishers' nest, composed of 'excrement and decayed fish' and which 'becomes a dripping, fetid mass' as the young grow. It is the state 'between / birth and the beginning of / another fetid nest', which is change. The discipline or courage of time is subtractively premised on the acceptance of 'rejectamenta'.
To accept change entails the rejection of 'the too strong grasping of it' that 'loses it'. Olson's invocation of feedback loops suggests a conception of agency in terms of 'ontological passivity', for which change 'presents / no more than itself'. Yet, this passivity is also the relation of enthusiasm (pace Kant) to the distant revolution: 'The light is in the east. Yes. And we must rise, act.' In the West we are in an 'apparent darkness', which is really 'the whiteness which covers all' - it seems to me this is the perfect metaphor for the 'empty' time of the interval between events.
What is required is to look into this whiteness, to look with candour into the 'rejectamenta' of the West (Olson has more specifically in mind America, and Mexico / Central America in particular). 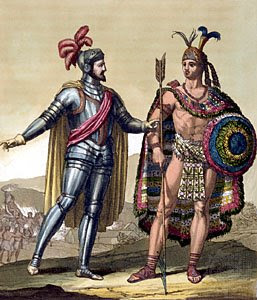 'with what violence benevolence is bought
what cost in gesture justice brings
what wrongs domestic rights involve
what stalks
this silence'
This leads to the final question (and answer) provided by the poem:
'shall you uncover honey / where maggots are?
I hunt among stones'
According to Davenport this is a reply to Pound's 'that maggots shd/eat the dead bullock', itself a reference to Mussolini hanging by his heels. The 'taste for stone', he argues, is a widespread theme in modern literature, reflecting on the classical conception of stone as a dead substance.
To force my reading I would suggest the possibility of the refusal of the reversibility of the rejectamenta (maggots = honey). This would be semi-supported by Olson disputing the reversibility of Mussolini as utopian symbol (for Pound, obviously). Then, the 'hunt among the stones' could be read as the discipline of time that can subtractively 'measure' the 'will to change'. This suggests not a pure passivity, but the working over of the subject in an 'activity' that accepts the event, but at the same time occupies the discipline of 'hunt[ing] among stones'. To hunt among stones is to work in this 'whiteness which covers all' and, of course, against it.
* Rather irritatingly we have been 'told' to update all bibliographies with post-2000 works, the endless progress of knowledge you see, and constantly improving research, dictates an ironic ethics of recuperated modernism; 'One must be absolutely modern' (Rimbaud).

** What's depressing, writing on Anglo-American Modernism, is dealing with the fact that virtually all of them decry the Russian revolution / the general strike. Enough allegorical readings about the decline of the West, turns out it's all (largely) anti-Bolshevik polemic.