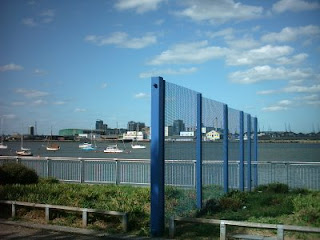 The results of these lightning-like movements of immense quantities of money around the globe are incalculable, yet already have clearly produced new kinds of political blockage and also new and unrepresentable symptoms in late-capitalist everyday life.
Fredric Jameson
Beyond the obvious riposte (late capitalism, late for what?) the Greenwich riverside walk does not so much demand a reading in terms of Jameson's analysis of the aesthetic of financialised capital but actually seems to have been planned with it in mind. 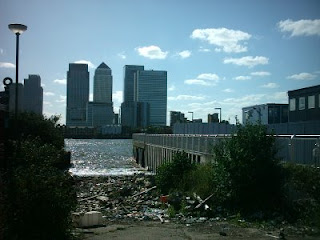 Later they developed symptoms that recalled those suffered by the actors in Tarkovsky's Stalker. 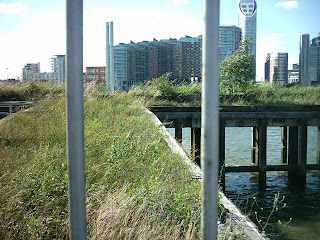 A future reserve in the event of nature's extinction 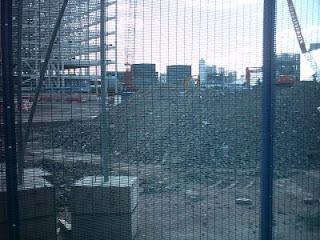 'Creation as the ultimate way to exploitation.' Franco 'Bifo' Berardi 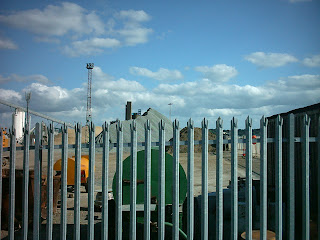 'the lakes of non-being, and the viscosity of matter.' Gilles Deleuze
Posted by Benjamin at 06:34

Excellent. It is unfortunate after mentioning that strange illness that Tarkovsky and others perished of, I should myself become unwell. I blame a combination of the psychosomatism of aesthetics and the plague-ridden pollution of the Peninsula.

I hope there will be more photo-essays in future - they really are my favourite use of blogs.

well you may have to suffer the holiday photos and therefore rue that suggestion...
Also you'll have to come down for the psychogeography of BR - Joyce, Blake, Woolf. Defoe's Walking Tour of England is a nicely unreliable source (obv. big for Keiller). Rapid use of the index and you too can become Iain Sinclair.