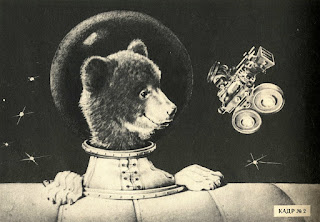 In Andre's Platonov's The Foundation Pit the 'unknown last proletarian' (107) and last instance of 'residual exploited labour' (107) on the collective farm is a bear who hammers at the forge. In fact the forge is a 'shock' workshop and the bear is not only the last proletarian but also the first shock worker (udarniki). After been taken around the collective farm to denounce kulaks - in actuality, those who have mistreated him - the bear sees a banner 'For the Party, for Party loyalty, for the Shock Labor Forcing Open for the Proletariat the Doors into the Future!' (128). 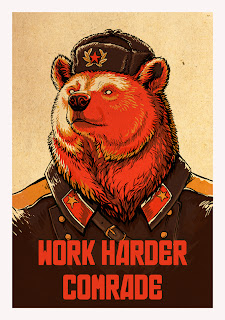 Taking this injunction absolutely the bear begins to hammer out iron at a frantic rate, distressing the villagers as his labour threatens to ruin the iron (and therefore figuring the excess of 'shock work' that stormed to destructive attempts at production). The bear wants to force the door for a proletarian future 'expending all this furious, speechless joy into the zeal of labor' (128). 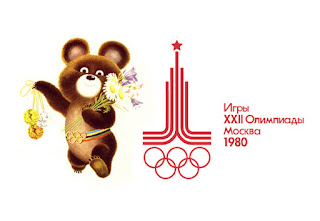 This is the interchange of animality and the status of the proletariat - the proletariat as animal and animal as proletariat (see Timofeeva). In Annie Epelboin's analysis, this is acceleration as destructive return to chaos:


'The bear symbolizes a prehistoric future .... He casts doubt on the validity of the creation myth itself. As an "unknown proletarian," representing the people as whole, and as a blacksmith, the bear is remiscent of the "hammerer-bear" of Siberian myth who, by inventing the forge, inaugurates cosmic and social order, presiding over the creation of the world. Platonov's bear, however, does not so much create the world as annihilate it. He is, at least potentially, the agent of ultimate destruction. Wanting to force open the doors of the future, he threatens to return the world to primordial chaos. Wanting to force the pace, to accelerate time, he shows us that time is reversible.'
Annie Epelboin, "Metaphorical Animals and the Proletariat" in Essays in Poetics 27 (Autumn 2002), p.181, qtd. in Andrei Platonov, The Foundation Pit, p.222 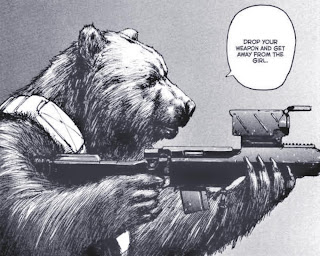 The shock acceleration of labour in 'speechless joy' (jouissance?), reverses itself into a chaos that ruins any linearity. In the moment of the revolution, in the revolutionary negativity of the proletariat doubled with the animal, the revolution revolves and reverses.