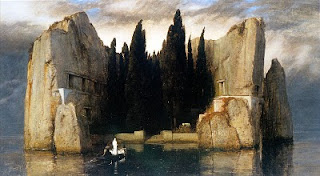 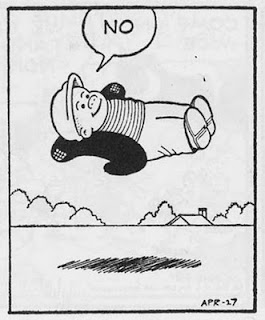 
Cutting the “Not”
The question of the negative has been one of the fundamental concerns, if not the central problem, of modern and postmodern philosophy. If, since Descartes (and more explicitly since Kant), philosophy is understood as an inherently self-reflexive practice - no longer an inquiry into the essence of things, but the reflection of thought onto its own conditions and limitations - the question of the negative has risen as the necessary counterpoint to this self-reflexivity: negativity as the non-identity between subject and object, the differential correlation between thought and what is external to (and yet conditioned by) thought.
Perhaps the strongest historical example of the coincidence between the problem of reflexivity and negation is the Hegelian concept of negativity, the dynamic process of self-differentiation as self-identity. No doubt, its tremendous impact on contemporary thought can be seen as itself a negative one. In various ways, much of contemporary philosophy ranging from the work of Foucault, Althusser, Deleuze, Derrida and Badiou has been posed in specific opposition, modification or reinvention of this negative/reflexive dynamic. By inventing forms of negativity that do not involve dialectic reversals and over-comings, by rejecting the fundamental structure of contradiction outright, or by de-globalizing the scope of any dialectic system, contemporary forms of thought have either rejected negativity outright or have re-inscribed or readjusted the power of negativity in local, that is, non-totalizing functions.
In this context of "thinking beyond the negative", the concept of negativity is often treated as a theoretical shibboleth, a conceptual "password" that serves to divide conflicting doctrinal tendencies, separating allies from foes. In so far as this logic involves the demarcation of a homogeneous theoretical field to be rejected (e.g. Deleuze's critique of "post-Kantian Hegelianism"), it not only involves a rude simplification, presupposing a unambiguous dividing line where there is in fact a complex knot, but also attests to the fact that in polemically opposing the negative, one inevitably takes part in it. Hence, a fresh, actualized take on negativity does not only involve new ways of affirming the negative, but also has to take note of the "persistence of the negative" (B. Noys) in any thought and practice that claims to have surpassed negativity.
The aim of this workshop is to cut the (k)not of the negative, not to offer any easy way out of the problem, but to reconsider, with the polemical strings cut, the question in its complexity. This means, above all, to appreciate the field of negativity as a "garden of forking paths", a tissue of folded and interwoven philosophical lineages, with branches extending to extra-philosophical domains. We propose to investigate the problem both forwards and backwards, both looking at the origins of the problem in modern (transcendental and dialectical) philosophy, as well as to the vicissitudes of the negative in contemporary thinking. Our focus will also extend "laterally", by directing the attention to figures of negativity in art, politics, psychoanalysis and science.