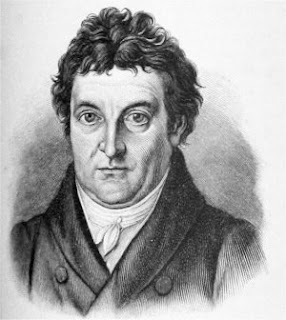 An excellent quote from Heine recorded in Stathis Kouvelakis's brilliant Philosophy and Revolution (2003):
Heine dreams of the coming

of Kantians who are as devoid of piety for the phenomenal world as Kant was towards God; they will ravage the soil of our European life mercilessly with swords and axes in order to root out the last vestiges of the past. Armed Fichteans will appear on the scene, whose fanatical wills cannot be restrained by either fear or selfishness; for they live in the spirit and defy matter, like the early Christians, who likewise could not be overcome by physical torments or physical pleasures. Indeed, in a social upheaval such transcendental idealists would be even more inflexible than the early Christians; for the latter endured earthly torments in order to attain the bliss of heaven, while the transcendental idealist regards the torments themselves as mere illusion and is inaccessibly entranched behind his own ideas.

I hope the time to realise this prophecy as not been missed: sword-wielding Kantians and armed Fichteans is a programme than considerably enhances my opinion of German Idealism...
Posted by Benjamin at 04:09

The weapons of critique cannot replace the critique by weapons-Post-Kantians of the world, unite!